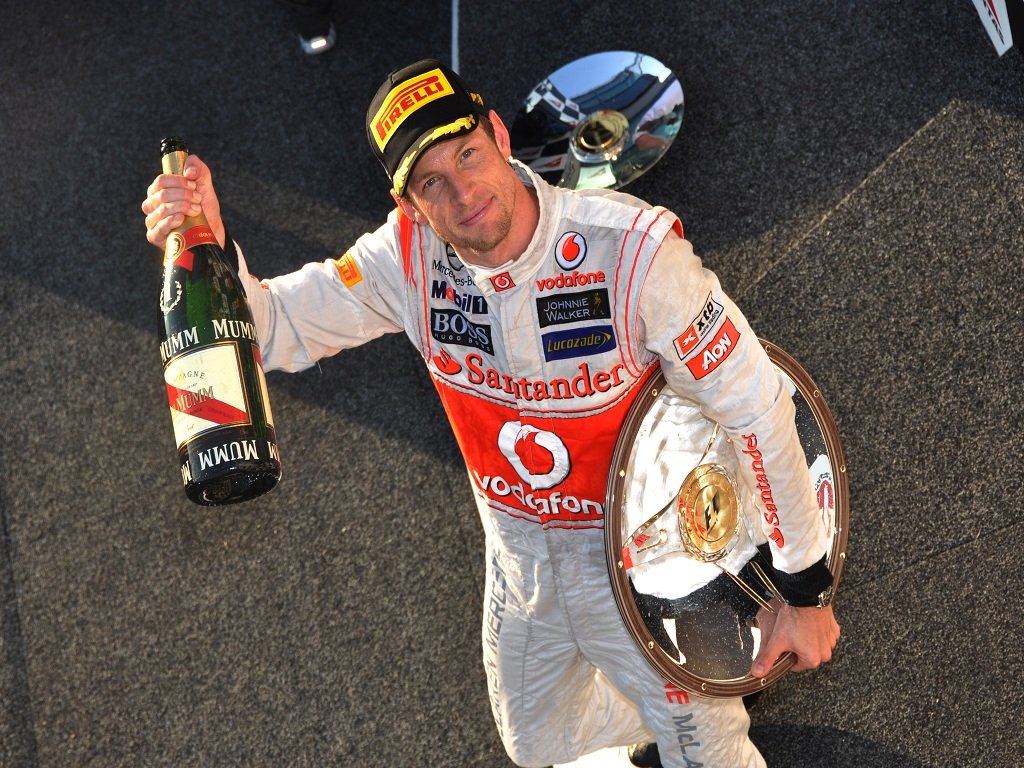 Having claimed the win in Australia, McLaren are intent on continuing their run at this weekend’s Malaysian GP…

Having claimed the win in Australia, McLaren are intent on continuing their run at this weekend’s Malaysian GP…

Jenson Button
Q: Victory in Australia was the best possible way to start the season – how do you feel going in to Malaysia?
JB: “Calm, refreshed and feeling extremely positive. After the race, people asked me if we’d expected to demonstrate the pace that we did in Australia, and I tell them that it was unexpected. Of course, we’d done our sums after winter testing, but you can never be certain whether another team is running with high-fuel or hiding their true pace. So to come away from race one with such a positive result – Vodafone McLaren Mercedes took pole, fastest lap and the victory – is a huge relief for the organisation. But it’s also incredibly motivating: we know we have a great car but we’re not going to sit still with it. We have ambitious plans to develop the car and I know that everybody back at Woking is working hard to bring new components to the track, and that all our mechanics and engineers are flat-out to ensure that we maximise the package that we have this weekend. I think everybody knows that we are a relentless organisation; we can develop a car as well – if not better than – any other team. The difference this year is that we’ve started with a winning package; the challenge will be to maintain that, and I know that’s something we’re all really looking forward to doing.”

Q: You won Malaysia in 2009, and you finished second here last year – is it a circuit you like?
JB: “It is. It’s more of a high-speed circuit [than Melbourne], there are some fantastic sweeping corners here and, if the car’s working properly, it’s a real joy to drive. It’s one of the toughest circuits on the calendar because there’s a real range of corners, cambers, a couple of blind apexes and a little bit of gradient. If the car’s working against you, then it becomes painful, but when it’s all switched on, it’s just a great, great circuit to drive. I think we’ve got a car that really works well in the high-speed stuff – we saw that throughout winter testing. So I think the challenge this weekend will be to find the right balance – at this stage in the year, you’re still learning about the car and how to get the best from it. But I think the engineers understand how our car is strong – I know they’re really looking forward to extracting the maximum from it in Sepang this weekend.”

Q: Your victory in Australia was relatively unflustered, are you expecting a stronger challenge this weekend?
JB: “As we said repeatedly throughout last year, and we saw time and again with Sebastian [Vettel], if you can qualify strongly and get away cleanly then it’s much easier to control the field, to race cleanly and to get a representative result. I think the race showed that there are several top teams in Formula 1, and I think we can expect them to be fighting for victory in Malaysia. Both Red Bull drivers were very quick in the race, and I think we can expect further strong challenges from Mercedes AMG and Lotus this weekend. Of course, we’re not relaxing – and we go to Malaysia ready for a strong fight.”

Lewis Hamilton
Q: After Australia, you said you weren’t sure how you’d lost pace relative to Jenson: do you now understand that, and does that put you in a good position for Malaysia?
LH: “Yeah, after the race in Australia, it was difficult to understand exactly what happened. I was generally happy with the car all weekend, but just lacked a bit of pace compared to Jenson in the race. Afterwards, I sat down with my engineers and we went through all the data. There was a small issue with the clutch at the start: it wasn’t my fault, but we now understand and know how to improve in the future. My race pace was pretty much identical to Jenson’s, but he was able to switch the tyres on extremely well, which explains how he was able to pull a gap so quickly at the start and also after the restart. It’s encouraging and reassuring to understand the reasons for our race pace in Australia, and it puts me in a really positive frame of mind for the race in Malaysia. Plus, it always helps to be back in the car only five days after the last grand prix – you move on so quickly.”

Q: You’ve never won in Malaysia – does that make you more intent to tick it off your list?
LH: “It’s never really something you’re particularly conscious of during the race weekend, but I’ve made no secret of the fact that I’d love to win a grand prix at every circuit I race at. You’re right, I’ve not won at Sepang before, but I’ve had some good races here – and I’d like to put the record straight with a victory this weekend. I think we go into the weekend feeling pretty optimistic because Sepang is quite a high-speed circuit and our car has usually gone well in the high-speed stuff during winter testing. Sepang will also be a test because of the high temperatures, but we’ve traditionally been able to manage the cooling on our car quite well, so I don’t think that will be too much of a concern. Physically, it’s always a tough race, but we’re improving the organisation in every area, and I think we’ve taken some interesting steps this year to ensure the whole team will be better prepared for the heat and humidity.”

Q: Will we get a clearer picture of overall pace this weekend?
LH: “Clearly, we’re very encouraged by our pace, both in qualifying and in the race, and I’d like to think we can continue that at Malaysia this weekend. I think both Mercedes AMG and Red Bull Racing have performance up their sleeves, and they’ll both be very fast in qualifying and the race. As far as Vodafone McLaren Mercedes is concerned, it’s nice to be the hunted rather than the hunter, which has been the case in the past few seasons. But I know how well our team can respond – the result in Australia will only double everyone’s resolve. The development race has already started and we’ll be pushing like crazy to stay at the front. I think Malaysia will add detail to the overall picture, but it’s the pace of development – between ourselves, Red Bull, Mercedes, Lotus and Ferrari – that will define the course of the season.”