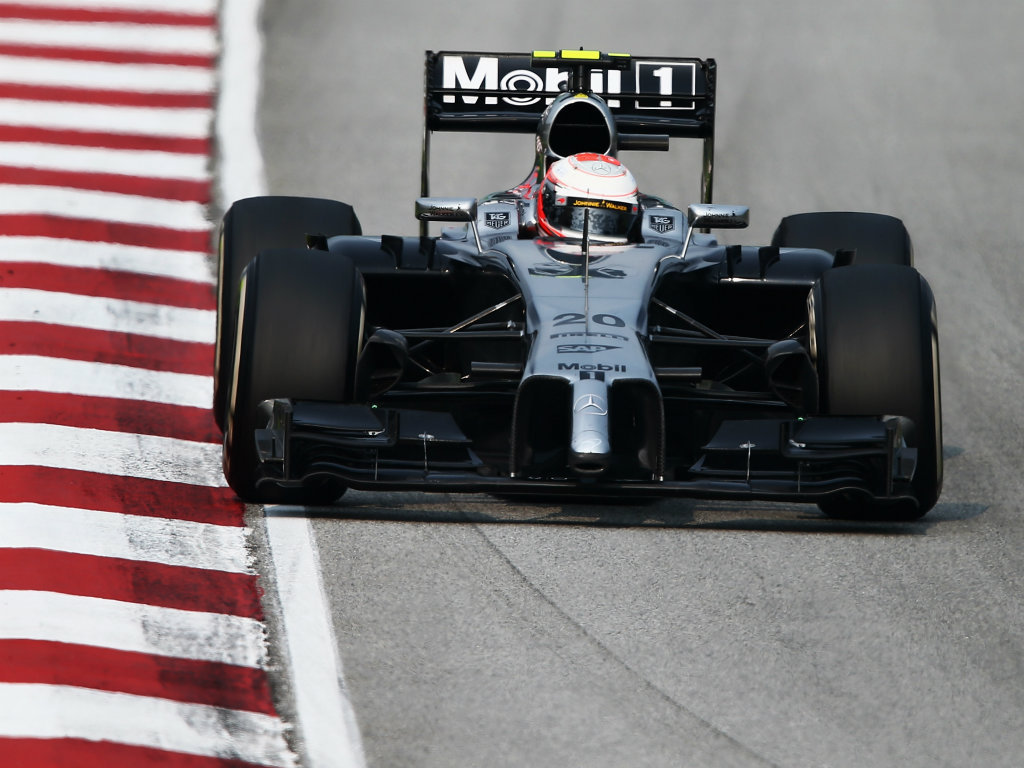 Jenson Button believes the Circuit de Catalunya is one of the most challenging tracks of the season, while Kevin Magnussen hopes to put a few disappointing races behind him in Barcelona.

Jenson Button: “Formula 1’s springtime return to Europe is always one of my favourite times of the year. The paddock is filled with familiar faces, the travel shortens, and the team motorhomes – where we’ll live and work for much of the next five months – return to the scene. It always signals a bit of a fresh start to the season, and it’ll be an important one for us.

“The Circuit de Catalunya is a demanding racetrack for any car – its combination of long, sweeping corners places the emphasis on aerodynamic performance, which is an area where we’re lacking at the moment. It’s always been a place where a competitive car will shine and a less-competitive one will struggle.

“For us, it’s not simply about bringing new parts to the circuit: it’s about understanding and unlocking the car’s secrets, and using that understanding to take bigger steps with performance. We’re still at the early stages with our car, and, for us, it’s less about the components that we fit to it, and more about the bigger picture – finding a useful direction, gaining trust in our measurements and pushing ahead. We all know that this team has the capacity to develop a car through a season, so I hope and trust that we’ll start to push forwards again soon.”

Kevin Magnussen: “As a team, we’ve had a difficult couple of races, so I think we all head to Spain hopeful of better fortunes. I think the problems we encountered in China have definitely given us the data and the impetus we need to make some changes, so I’m keen to get back in the car on Friday and see if we’ve made a step forward. The Circuit de Catalunya is a great track, and a place I really enjoy – I won both races in the World Series there last October – and I’m looking forward to driving a Formula 1 car for the first time.

“I also think the post-race test will be useful – Barcelona is one of the most critical circuits on the calendar for aerodynamics, so we couldn’t ask for a better venue at which to evaluate and refine our car.”