Home Uncategorized McLaren: RB7 is three to five tenths up 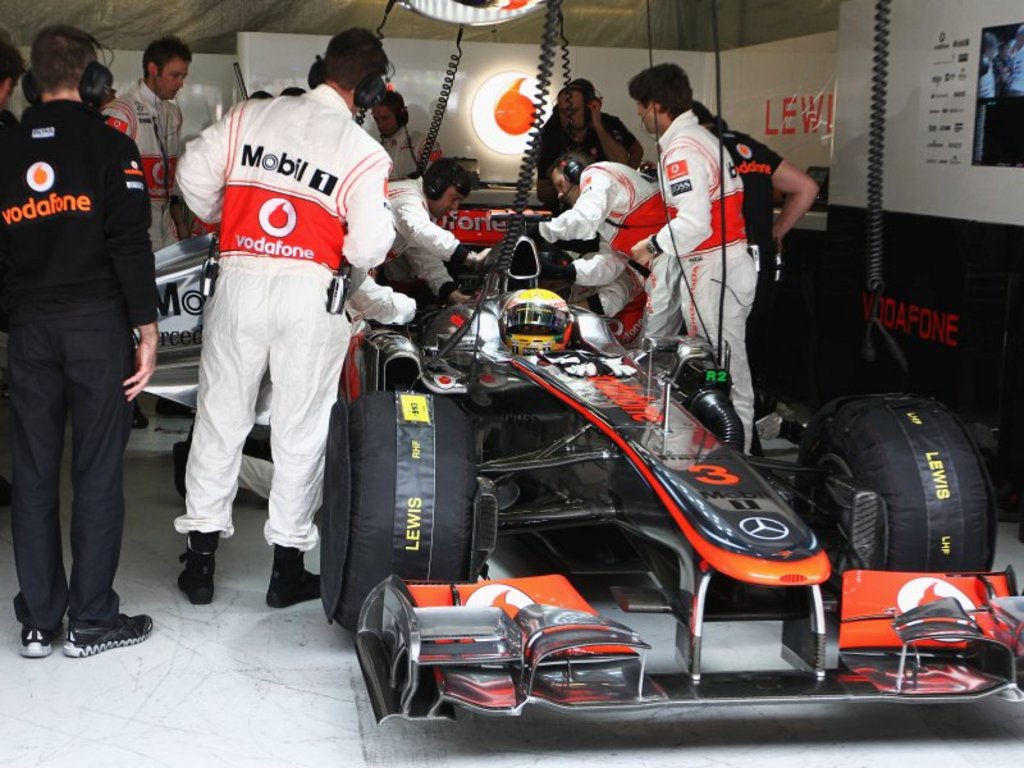 McLaren believe Red Bull still have a three to five tenths of a second pace advantage over them heading into this weekend’s Turkish Grand Prix.

Red Bull and Sebastian Vettel blew most of the field away in the opening two races of 2011, but McLaren clawed their way back at the Chinese Grand Prix to claim victory through Lewis Hamilton.

Although he is quick to point out that the RB7 is still the fastest car on the grid, McLaren principal race engineer Phil Prew hopes the upgrades they’ve made to the MP4-26 as well as their tyre management will help them to close the gap even further at Istanbul Park.

“I think that we are between three tenths and half a second off the pace of Red Bull and obviously that is the gap that we are aiming to close,” he said during a Vodafone McLaren-Mercedes Phone-In.

He added: “We obviously are hoping to close the gap. We don’t have the fastest car at the moment and Red Bull are still the team which we hope to close the gap on. We’re adding upgrades to the car in Turkey, which will hopefully help. But we have seen over the first three races that the difference between cars varies from track to track. I think Turkey will be a reasonably strong track for our car. We need to handle the tyres well and I think we will continue to be competitive. Of course everyone else will be aiming to improve their car at the same time. As always, we hope we’ve done enough.”

One of the big talking points post Shanghai was Mark Webber’s charge to a podium finish after starting close to the back end on the grid. The Red Bull driver was able to start the race on new tyres after qualifying in 18th. He made three pit stops and the fresher rubber helped him to easily pass several cars in the final 10 laps.

This has led to suggestions that some teams could in future base their race strategies more on tyre usage rather than qualifying.

However, Prew says McLaren will always favour qualifying at the front the grid over starting the race on a new set of rubber.

“The tyre degradation is certainly going to be a large factor in Turkey,” Prew said.

“I think that will certainly be tending towards a three-stop race. There are some benefits of having new tyres available to you, however, I think the competitiveness of the field will force you – pretty much – to run multiple new tyres through qualifying.

“I think our position will be to take qualifying position over having new tyres in the race. I’m not discounting what we did with Lewis, for example, in China. We were fortunate enough to get through both Q1 and Q2 with a single set of option tyres, which allowed us to save one set of options. But I don’t think you would choose not to compete in Q3 for the sake of tyre saving.”