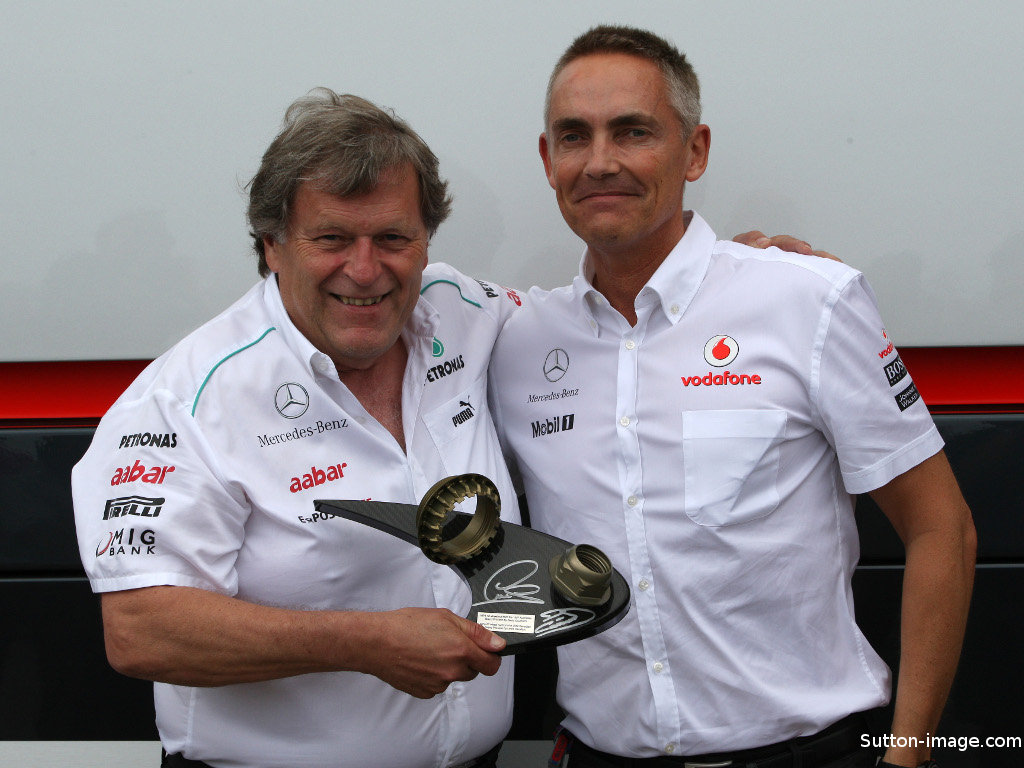 McLaren team principal Martin Whitmarsh has confirmed that the team intend to run with Mercedes engines for some time to come.

After purchasing Brawn GP in 2010, Mercedes sold their share in McLaren although they continued to provide the team with engines.

However, there have been rumours linking McLaren with a switch to either Honda or possibly even Craig Pollock’s PURE company.

Whitmarsh has poured cold water on these suggestions, insisting that they are happy to have Mercedes as an engine supplier even though they are now in essence a customer of a company that has their own F1 team.

“It is going to be McLaren Mercedes for quite a few years to come,” Whitmarsh told the the Daily Mail.

“It is a good partnership and it works well. We’ve been together for 18 years and it is going to continue for quite a few years to come.

“Obviously I’ve been involved with Mercedes personally. I ran the engine side so we know the people, and we are proud to be part of the Mercedes-Benz family.”