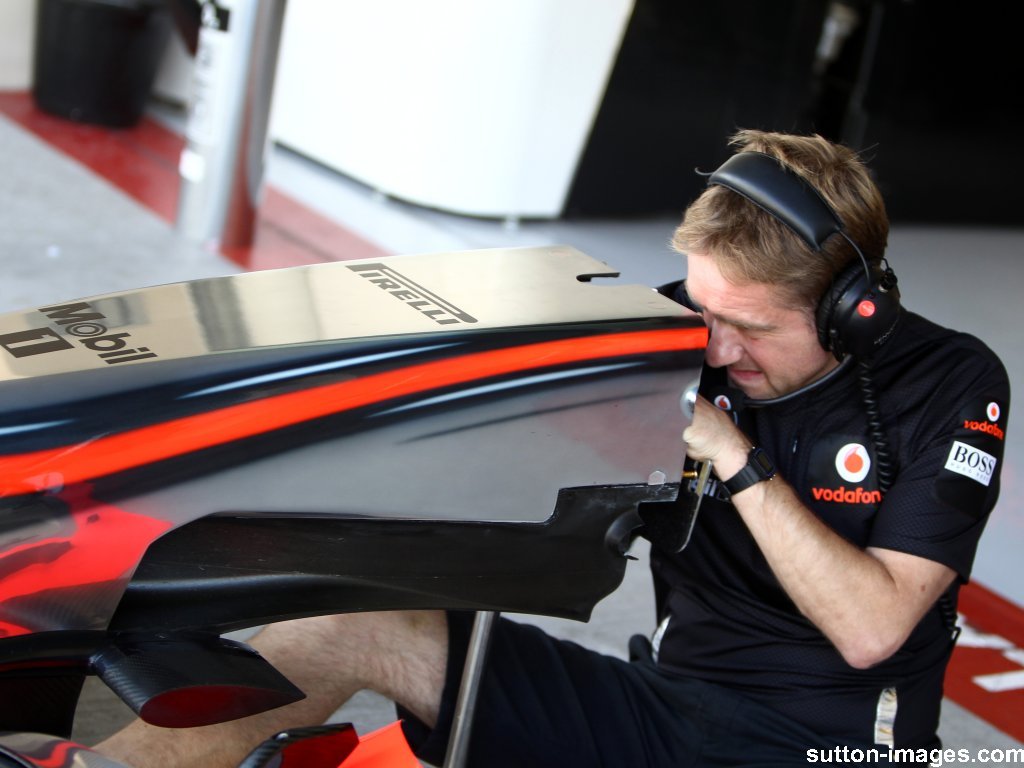 McLaren are reportedly considering joining forces with Honda when F1 begins its new era of V6 turbo engines in 2014.

At present McLaren are powered by Mercedes for free, however, that deal is set to expire at the end of 2012.

The contract, though, does state that Mercedes can continue supply the Woking team until at least 2015 but they will have to pay around eight million Euros (6.8 million pounds) for the engines.

And with Mercedes now having their own works F1 team in Mercedes GP, McLaren are reportedly already looking around for a new engine partner.

One name that has been raised is Honda with Auto Moto und Sport claiming that sources at Woking have put the Japanese carmaker’s name down as a possible candidate.

The German publication added that a senior Honda manager in Suzuki also stated that the company is ready to make a return to Formula One, although management have yet to give the go-ahead.

The duo have collaborated in the past, enjoying a period of success between 1988 and 192, which saw McLaren win four Drivers’ titles with Honda power.

Honda’s most recent foray into Formula One ended in 2008 when they sold their F1 team to Brawn GP, which subsequently became Mercedes GP.