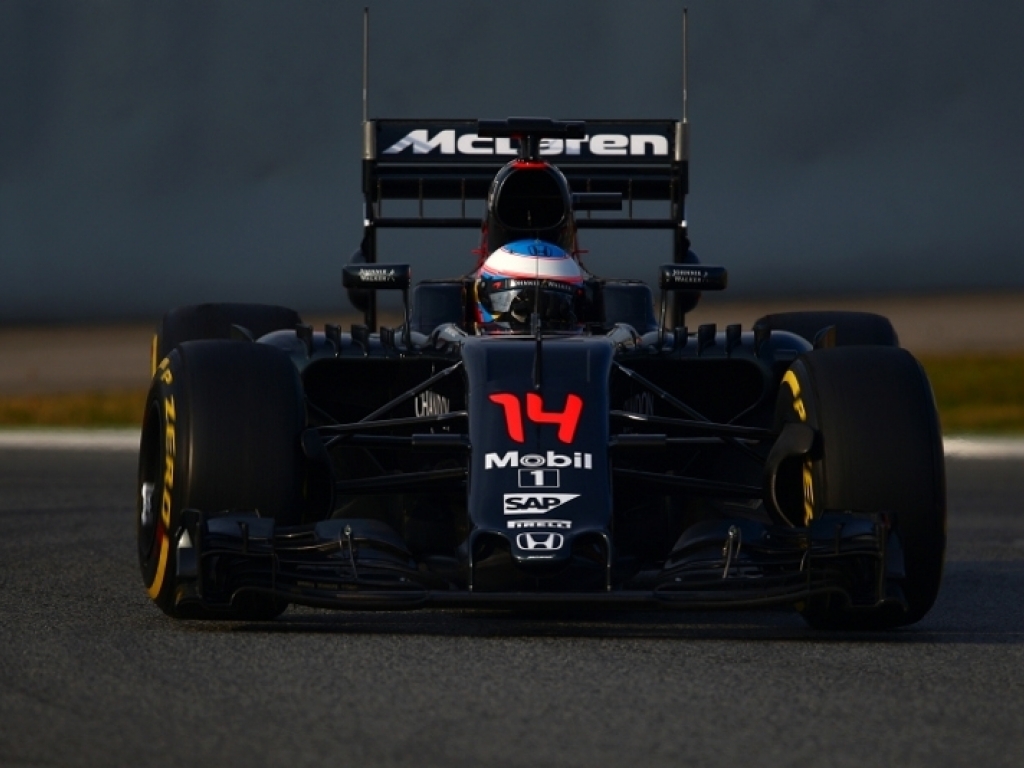 Having noticed the problem on Alonso's installation lap on Thursday morning McLaren brought him back into the pits.

The team attempted to resolve the issue with the Spaniard putting in two additionals lap but it all came to naught.

With an hour and a half remaining in the session McLaren called it quits, conceding that there would not be any further running as they tried to fix the problem/.

It was unfortunate end to what was a largely trouble-free four days of testing for the team.

In the previous three days McLaren-Honda racked up 257 laps, a notable improvement on the 79 they managed in last year's first pre-season outing.

"Unfortunately, the coolant leak we experienced on the car today was in a tricky position, which meant it took longer than usual to locate and fix," revealed engineering chief Matt Morris.

"It's always frustrating when a small issue hampers your running for much of a day, but thankfully it's relatively minor and we can now look to preparing the car for the second test on Tuesday.

"Testing is testing, and it gives us the opportunity to identify and work on reliability issues before we start the season.

"Over the course of the first four days in Barcelona we've done a good amount of running and already learned a lot about our package, which should stand us in good stead for next week.

"We're definitely ahead of where we were last year in terms of system checks and integration, so at the second test we'll be able to focus more on race simulations and set-up, as well as characterising our package's performance.

"We have a lot of data to go through over the weekend, and we look forward to getting back on track next Tuesday and continuing to get as much mileage under our belts as possible."