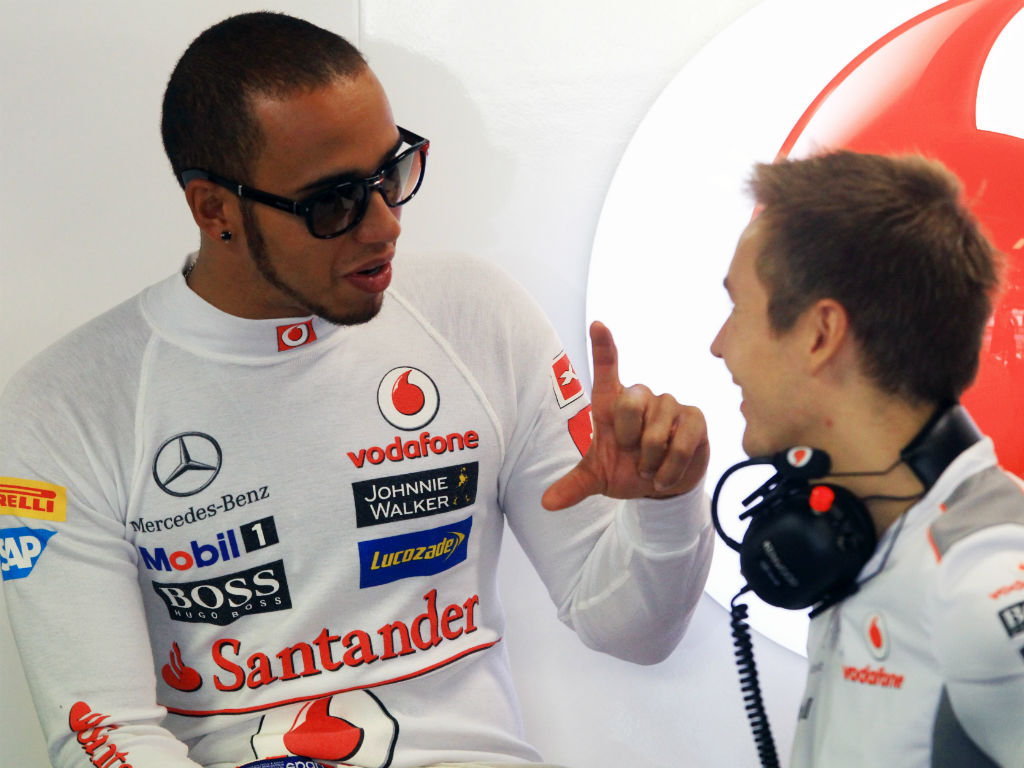 Martin Whitmarsh is not afraid he will lose Lewis Hamilton to Mercedes, confident that the Brit will re-sign with the Woking team…

Martin Whitmarsh is not afraid he will lose Lewis Hamilton to Mercedes, confident that the Brit will re-sign with the Woking team.

Despite speculation claiming Hamilton is off to Mercedes next season, the Brit has been quick to deny the reports mainly because he says he has yet to decide where he’s going.

But with every week that passes where McLaren do not confirm him as their driver, the rumour mill gathers momentum.

Whitmarsh, though, says he’s not fazed by it all.

The McLaren team boss told Sky Sports: “Lewis and his management company have assured me of their intentions.

“The media like this kind of speculation, but I’ve been doing this job too long to be surprised by things like that. It’s a fairly incestuous paddock so you tend to know, certainly if you’ve been around for 20 years, what’s going on.

“Often stories that circulate get blown out of proportion for entertainment reasons or whatever. So I don’t spend any time, effort energy on things like that.

“It will be resolved. I don’t think it is a big an issue in this team as perhaps it is in the media room.

“Ultimately a driver has to drive where he is happy to drive. We don’t want anyone in this team that is not 100 percent committed to it and I’ve made that clear from the outset.

“Lots of very positive things have been said to me, but again I have learnt over the years that until someone puts ink on the paper, then you don’t get too excited about it.

“I’m not going to talk to him about contracts this weekend because it is unprofessional. We are here to win a motor race.

“We are focused on working together at the moment and this weekend is important for Lewis and he needs to make sure he gets his Championship battle back on track. There is going to be all sorts of speculation but we need to focus on doing a good job here in Monza.

“I don’t think it has unsettled the team to be honest – we are here and focused on going motor racing.”