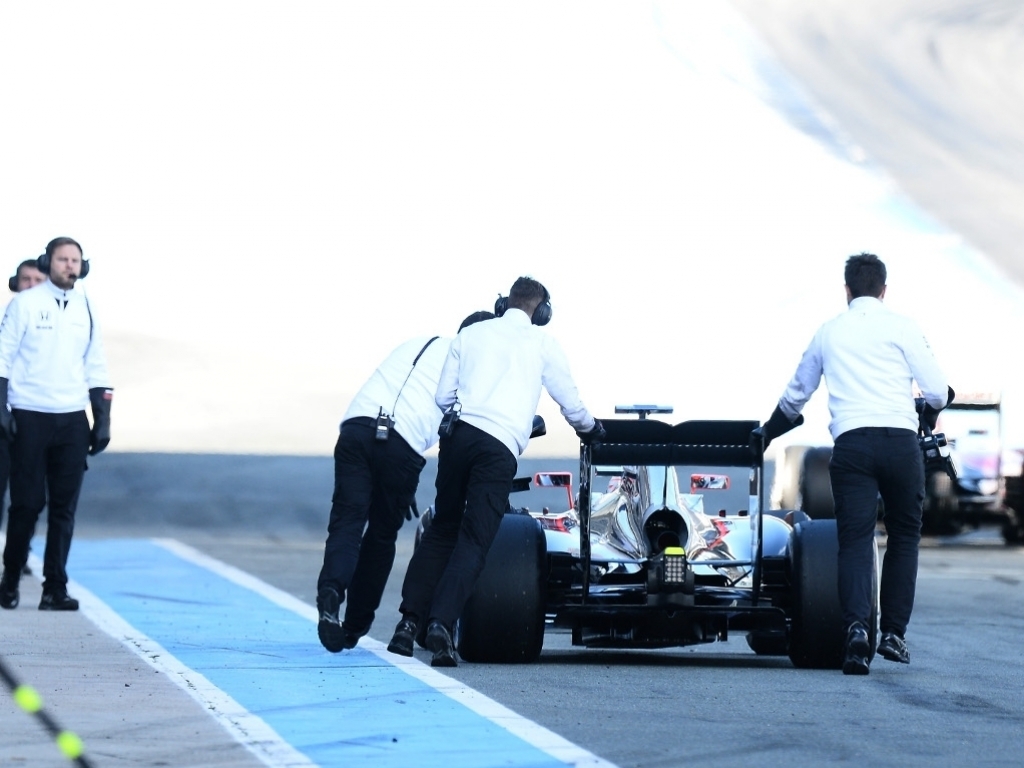 McLaren are adamant that as long as they can get on top of their reliability issues, their Honda-powered car will have the performance needed.

But while some teams covered more than 100 laps in one day, McLaren managed just 79 the entire test.

Added to that Jenson Button and Fernando Alonso were slowest of the 16 drivers in action, 6.8s and 14.7s off the pace respectively.

The team, though, is not at all concerned by the lack of pace, revealing they had not been running their Honda engine at full power.

Engineering director Matt Morris told BBC Sport: "We are not running at maximum performance at the moment.

"It would be nice to be further up but we have great simulation tools."

He added: "We know where we are in terms of performance."

Such is Morris' confidence that he says once McLaren and Honda have resolved their reliability issues, they will be matching last year's end of season results.

"We've got to get on top of the issues we've got," he stated.

"But if we do get on top of those issues, there is no reason why we can't be performing at least where we were at the end of last year."

As for new signing Alonso, Morris says the double World Champion is the right person to help McLaren-Honda get the most out of the package.

"Fernando has been absolutely itching to get in the car for the last few months and it has been a frustrating few days for him but he's happy.

"I think he's going to push us on as a team. His motivation levels when he is in the garage, in the simulator, are massively high and that knocks on to everyone else and pushes everyone else on."