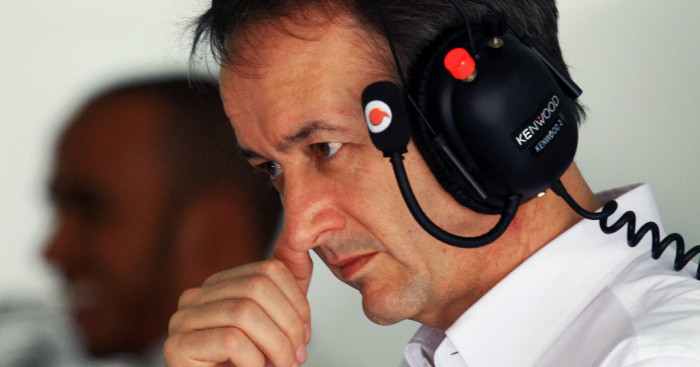 Red Bull were reported to the stewards in the build-up to the German Grand Prix for a suspected breach of torque map regulations. What followed was uncertainty as to what the team had done and whether they had contravened any regulations.

The Milton Keynes outfit were cleared to race on Sunday after the stewards found that “the map presented does not breach the text of Art 5.5.3 of the Formula 1 Technical Regulations and therefore decided to take no action,” but the matter is far from resolved.

Neale reveals that the teams have spent much time with FIA race director Charlie Whiting trying to establish what is legal and what isn’t. The emergence of concerns regarding the RB8 has raised fears that despite all the talk, there could be a repeat of the blown diffuser saga that cropped up last year.

“I think we’ve all worked really hard for the first six months this year to work with the FIA and Charlie Whiting to get clear about what’s permitted and what isn’t,” Neale explained during a McLaren phone-in.

“The FIA and Charlie have a difficult job there. I hope we don’t get involved in rewriting regulations in the mid-season, as we did at Silverstone last year, because that created a reasonable amount of upset.

“However entertaining it was for the media, in terms of the sport consistency in regulations is good. I think there should be more effort put in enforcing the regulations rather than continually rewriting them.”

Neale admitted that he is unsure of just what advantages Red Bull may be gaining from the engine mapping.

“It’s really not for us to know. It’s very hard to tell exactly what their engine is doing and how much advantage they get from it on their car as part of an integrated performance package. I know we’re not the only ones on the grid who are looking into this very carefully,” he said.

Reflecting back on the Hockenheim race, Neale said he was pleased with the team’s overall showing.

“Everything that we put on the car on Friday stayed on the car (for the rest of the weekend). I think that in the dry weather we were pleased. The race pace certainly enabled Jenson (Button) to stay in touch with the Red Bull and Ferraris. So on that day, on that circuit, in those conditions we were there or thereabouts. I don’t think that we are dominant and we need to continue to work very hard. But we’re pleased with it.”

Lewis Hamilton and Jenson Button currently find themselves sitting in fifth and seventh spot respectively in the Drivers’ standings, but despite this, Neale does not believe the title race is over.

“We are under no illusions about how hard we have to work. But also, there are still points still to come in this championship and we can get our drivers up there,” he asserted.

“Our qualifying in the wet (in Germany) was disappointing but in the race the drivers were able to contest. I was delighted for Jenson that he was able to claim second place and for the team as the car made a step forward. It’s still a long season.”