Home Uncategorized ‘McLaren will be champions after Mercedes’ 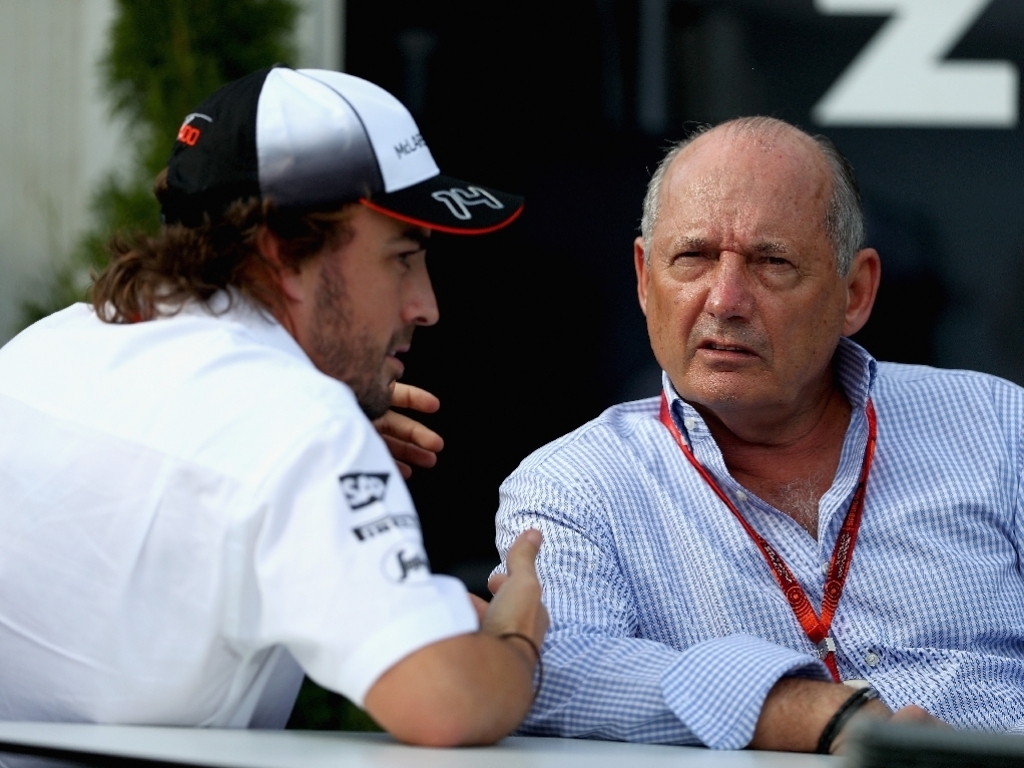 Although McLaren are scrapping just to score points this season, Ron Dennis firmly believes the Woking team will take the World title from Mercedes.

Since partnering up with Honda at the start of the 2015 season, McLaren have scored 39 points with a best result of P5 at last year’s Hungarian Grand Prix.

That is a marked difference to Mercedes’ form as they netted 860 points in the same time period, which included 20 grand prix victories.

But despite their massive difference in fortunes, McLaren CEO Dennis believes his team will take the titles away from Mercedes.

He told BBC Radio 5 live programme: “I honestly believe that the next World Champions after Mercedes will be McLaren. We’ll get to that goal before other people.

Dennis is confident McLaren will be aided in their quest by Formula 1’s new 2017 regulations, which include wider tyres, more downforce and plans to close the performance gap between engines.

“The 2017 regulations level the playing field and it is enough time for us to catch up with Honda, so I think we’ll have a good chance next year,” he said.

“I think we can win races. I don’t want to predict World Championships but I do feel that dethroning Mercedes-Benz is going to be a challenge for everybody and I have reason to genuinely believe we’ll get there before anybody else.”

The Englishman also weighed in on his double World Champion driver, Fernando Alonso, who he rates as “still the best” in Formula 1.

He added: “It is frustrating not to be able to put him in the best engine-car combination.

“I like his maturity at the moment; he knows what’s possible. He is very complimentary of the car at the moment, but that’s because it’s good.”