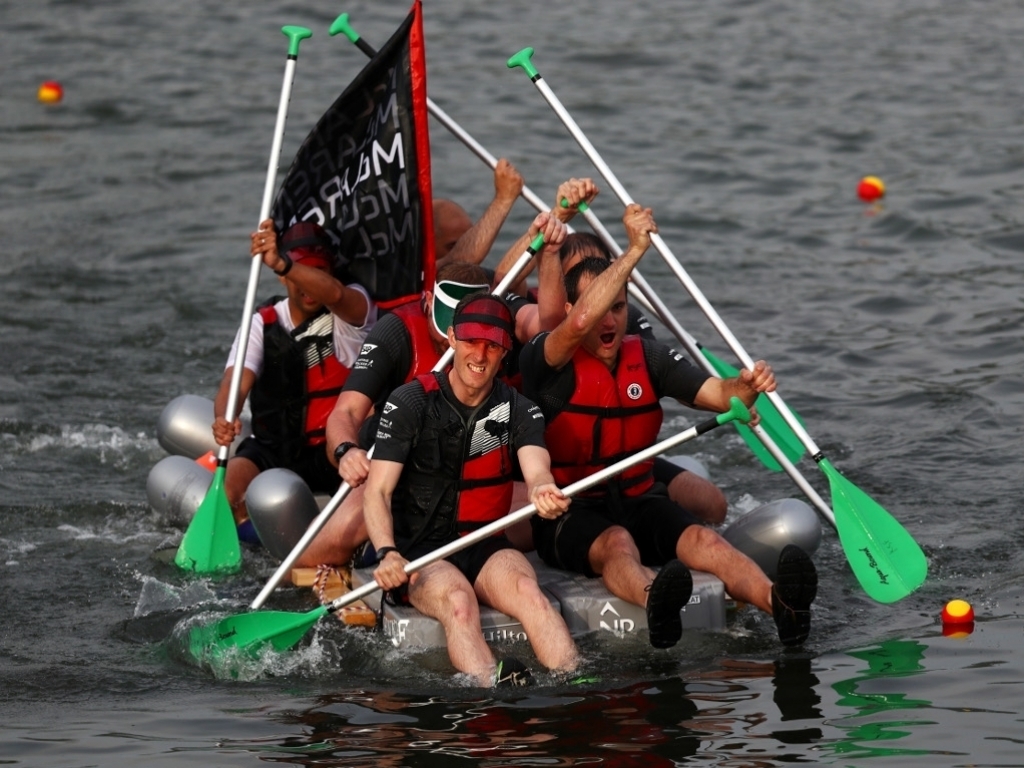 McLaren emerged victories at the raft race returned to the waters of Montreal on Saturday night.

Formula 1’s new owners Liberty Media revived the raft race that had been a part of the Canadian GP weekend until the late 1990s.

The teams, including an entry from the FIA, one from Ross Brawn and one from Sean Bratches, had one hour to build their rafts having been given the kit to do so.

Only three teams; Ferrari, Mercedes and Force India, did not compete.

McLaren claimed the victory ahead of Toro Rosso and Sauber.

A little memento from yesterday’s activities has appeared in our garage… ? ?#F1RaftRace pic.twitter.com/Phbj56iiLP