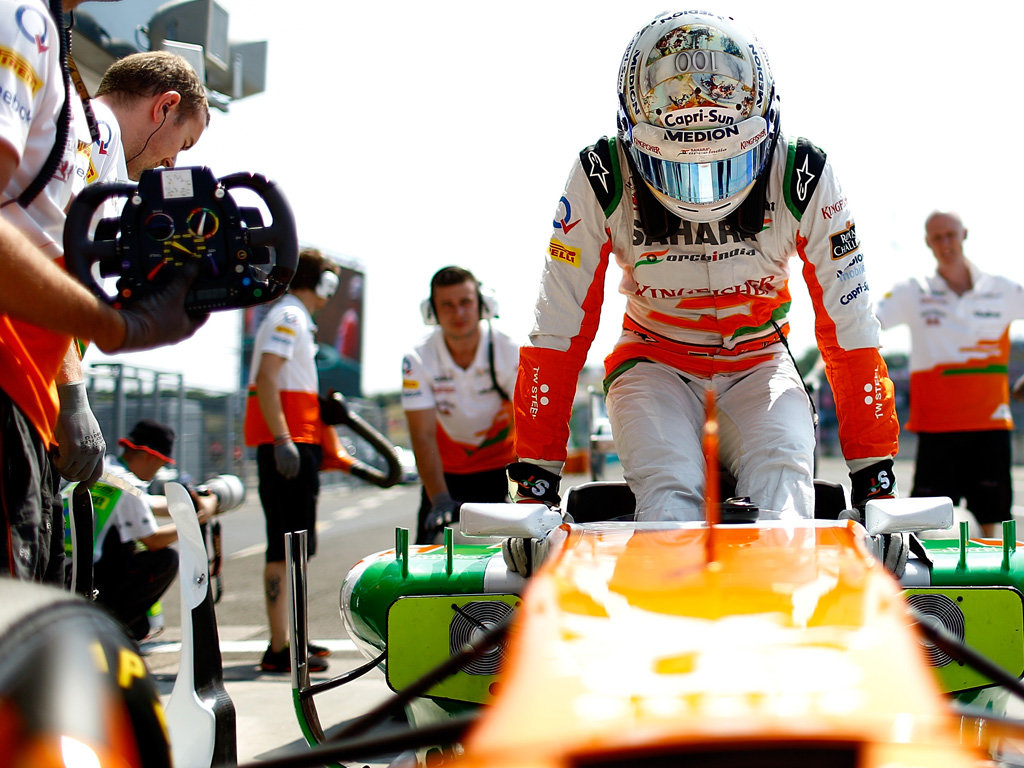 Force India have warned McLaren that the battle for fifth place is far from over despite a couple of difficult race weekends for the Silverstone squad.

Having found themselves ahead of their more illustrious opponents in the Constructors’ Championship for most of the season, Force India have lost their way and are now five points behind their rivals after scoring only two points in the last three races.

The squad, though, are determined to bounce back at this weekend’s Singapore Grand Prix and team principal Vijay Mallya knows that McLaren are not too far out of reach.

“It is going to be a close fight, but the good news is that McLaren still aren’t that far ahead,” he said.

“They only scored one point in Monza, so they are definitely catchable. We need to perform better ourselves, that’s very clear. We’re working hard to find more performance, but at the same time we’ve made it quite clear that we will not compromise next year’s programme. It’s always a balancing act, but we know what we need to do.”

Meanwhile Adrian Sutil, who finished ninth in Belgium, but failed to score in Hungary and Italy, warns that the Silverstone squad need to find something extra on Saturdays.

“We’ve got to qualify well to give ourselves the best chance of scoring points,” the German said.

“We are still close to McLaren in the Championship and we need to make sure we keep a healthy margin ahead of Toro Rosso and Sauber. Singapore can sometimes generate surprises and there’s always the risk of rain, so as a team we need to be ready to react quickly and make the most of any opportunities.”