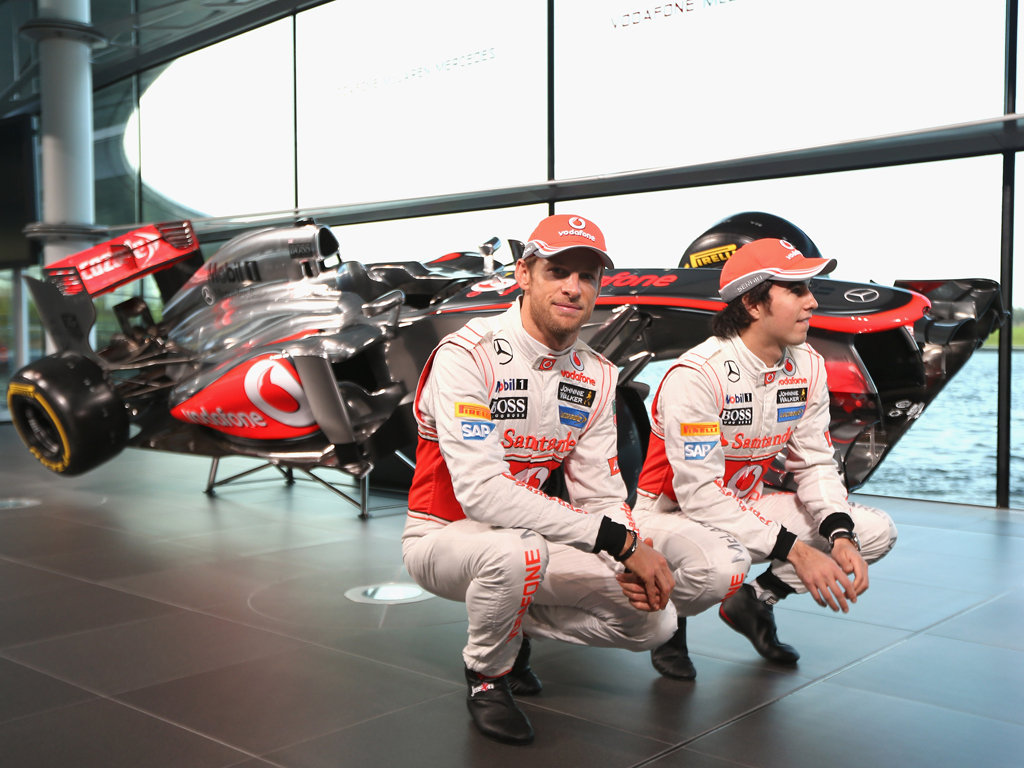 For most teams, a season that delivered seven victories and third place in the Constructors’ Championship would be a good one – but not for McLaren…

As such, the Woking-based team, led by team principal Martin Whitmarsh and former World Champion Jenson Button and new signing Sergio Perez , will be all the more determined to usurp Red Bull.

The modern incarnation of McLaren – which can be traced back to the company chairman Ron Dennis’s takeover in 1981 -has been built on a diet of consistent success and the team sit behind only great rival Ferrari in terms of race victories (175) and pole positions (147) in F1. Much of their success came during the squad’s golden era between 1984 and 1991 when they plundered seven Drivers’ and six Constructors’ championships with all-time F1 greats such as Ayrton Senna, Alain Prost and Niki Lauda.

After a relatively fallow period in the mid-1990s, the Woking outfit struck back with consecutive drivers’ titles for Mika Hakkinen and on the whole have rarely been out of the top positions since the turn of the century. Yet, amazingly, despite more achieving more than 50 further race victories since, just one world title has returned to Woking – Lewis Hamilton’s later-than-late last-gasp title victory in 2008 remains the team’s sole title since 1999. That’s a statistic that looms large over everyone at McLaren’s space-age Technology Centre and one they know has to change.

Pivotal to their hopes of a dramatic – and successful – transformation could be a fast start with the new MP4-27 after their preparations for last season were massively hindered by problems with a radical exhaust layout.

Hurried last-minute revisions transformed a car that was several seconds off the pace and hadn’t even completed a full race distance in winter testing, but, although they eventually emerged as to Red Bull’s closest challenger, they were not nearly close enough.

McLaren’s all-star British line-up of Button and Hamilton both had their stellar moments, winning on three occasions apiece, and pound-for-pound the world championship-winning duo are the strongest line-up on the grid but again that failed to deliver the goods in 2012.

McLaren dropped to third in the Constructors’ Championship while despite a winning opening round for Button, the team’s drivers were never quite in the title race.

Hamilton claimed four wins while Button amassed three but that was only good enough for fourth and fifth overall in the standings. It wasn’t, however, good enough to secure Hamilton’s future.

The Brit signed for Mercedes after months of contract talks with McLaren which dominated headlines and perhaps took the focus away from the track. And although losing Hamilton is a big blow, McLaren have replaced him with the up-and-coming Sergio Perez.

And with near unrivalled resources and infrastructure, along with a renowned in-season development record, McLaren are never to be underestimated.