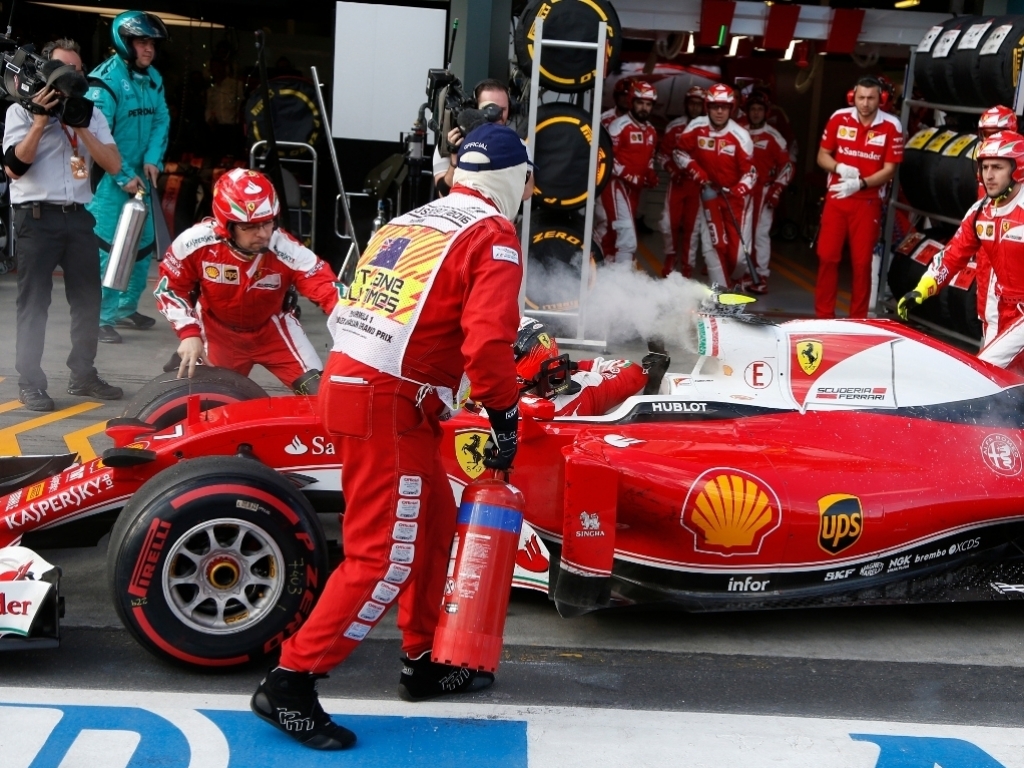 Former F1 racer Allan McNish says it is ironic that at a time when Ferrari have made a "genuine step forward" in performance, they are being let down by reliability.

Many expected Ferrari would challenge Mercedes in this year's championship but instead the Scuderia have once again watched as Mercedes have charged to the race wins.

Nico Rosberg won in Australia after Ferrari made a strategy mistake while two races later the German was unchallenged in Bahrain.

Both races saw just one Ferrari reach the chequered flag as Kimi Raikkonen retired in Melbourne and an engine failure on the way to the grid in Bahrain meant Sebastian Vettel did not even take the start.

McNish wrote in his BBC column: "Ferrari started this season hoping to take the fight to Mercedes. On one level, they have given some indications that they might be able to do that from time to time; on another they have started the year with two very disappointing races.

"At the first race in Australia, after Sebastian Vettel leapt into the lead with a good start, they handed the race to Mercedes with a strategy error when the race was stopped for Fernando Alonso's huge accident.

"In Bahrain, Vettel was out before the race had even started with an engine failure – the second engine-related retirement for a Ferrari this season after Raikkonen's turbo problem in Melbourne – and Raikkonen was not fast enough to threaten race-winner Nico Rosberg."

The Scot added that is disappointing as in the past Ferrari have shown reliability even when they were lacking in performance. Now this season the performance is up but the reliability is down.

"In the past few years, reliability has been a Ferrari strength," he continued. "Through Alonso's five years with the team, the car was never fast enough to win titles from the front, but he was often able to stay in contention thanks to consistent finishing.

"So it's ironic that in the year in which they have made a genuine step forward in performance – if not quite enough yet – reliability looks like it is suddenly a problem.

"The two things are probably not unrelated – generally the more you search for performance, the more you reduce the tolerances, and the harder it is to achieve reliability."