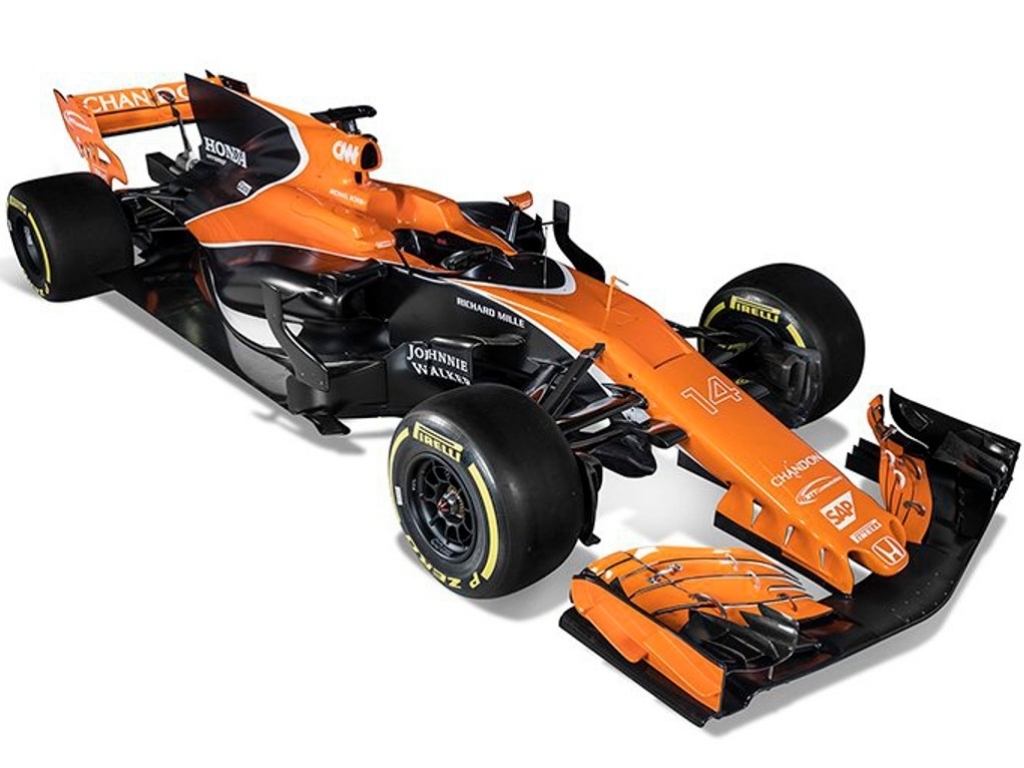 Arguably one of the most hotly anticipated launches, McLaren have unveiled a orange-and-black MCL32 at their Technology Centre in Woking.

The Honda-powered MCL32 has the shark fin cover that many teams have adopted in light of this year’s regulations.

But the most striking aspect is the colour of the car, which is the orange-and-black as has been teased by McLaren for the past few weeks.

McLaren stated: “The MCL32 follows in the evolutionary footsteps of its two immediate predecessors, MP4-30 and MP4-31, but it has been overhauled in every area as the design team has looked to capitalise on a series of new aerodynamic regulations introduced for 2017.

“The result is an extremely elegant but aggressive-looking race car, fitted with Honda’s latest-generation power unit, the RA617H, which has been thoroughly revised by the company’s team of talented engineers.”

The car will be raced by Fernando Alonso and Stoffel Vandoorne with the latter entering his rookie season as he replaces Jenson Button.

New McLaren chief Zac Brown labelled it a “beautiful piece of art” that he cannot to wait to see in action.

As for the livery, he said: “We went through a variety of designs but ultimately it was from the fans who said ‘we want more orange’.

With the aim of “getting back to winning World Championships”, Brown added that it is “very exciting. Everyone in the work force has been involved.

“There is a real buzz, new colour, new chassis.

“We want to get back to winning races but it takes time. What we need to see in 2017 is forward progress and when we get there we’ll be hard to knock back down.

“We have everything we need but it will take time and patience.”