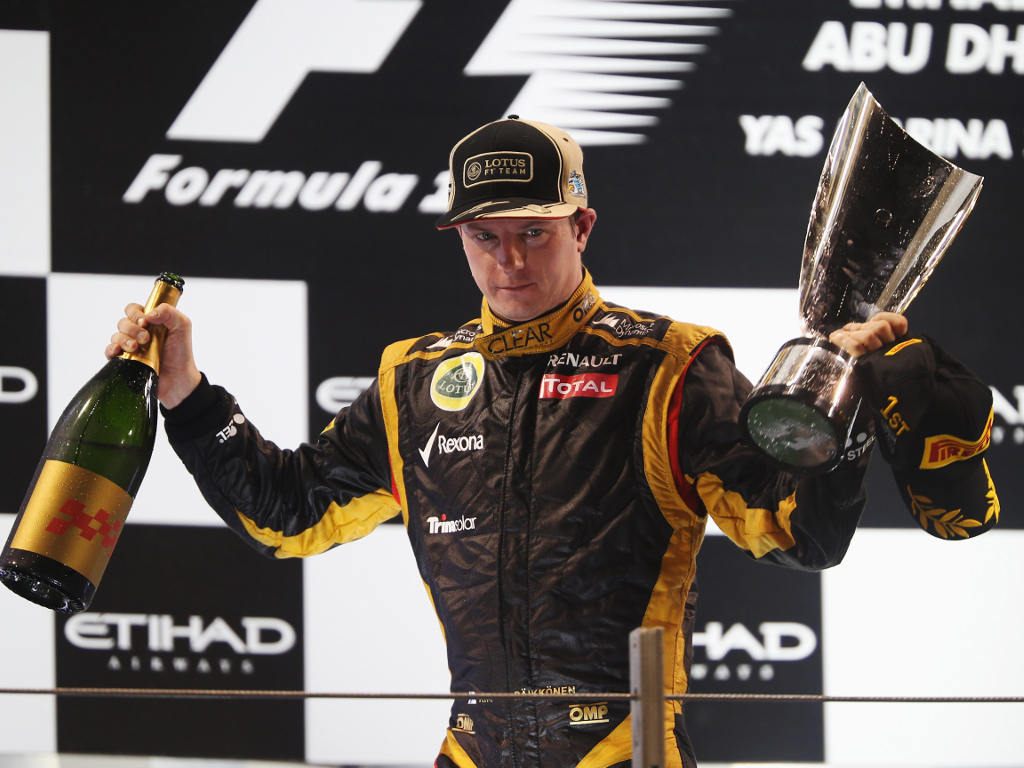 Nico Rosberg and Lewis Hamilton are all-set for a duel in the desert this weekend. With 12 points separating the two team-mates, Rosberg needs to finish just third or better if Hamilton wins at Yas Marina, while the German would be champion no matter what if his British counterpart finishes fourth or lower.

Ahead of this year’s title decider, Planet F1 takes a look at some of the memorable moments that the Abu Dhabi Grand Prix has brought us…

Fernando Alonso, Mark Webber, Sebastian Vettel and Lewis Hamilton were all in contention to win the world championship, setting a new record for the most drivers still to be involved in the title hunt at the final race of the season.

Alonso was eight points ahead of Webber and 15 clear of Vettel, while Hamilton was 24 points adrift with a maximum of 25 points still up-for-grabs.

The Spaniard needed to finish first or second to guarantee the title or a top-five placing if Vettel won, but both he and Webber could not fully recover from being forced into early tyre changes.

Vettel, meanwhile, who put down an early marker with a phenomenal performance in qualifying to take pole position, was cruising out in front once the safety car came in from a big collision between Michael Schumacher and Vitantonio Liuzzi.

The German at one stage had a 26-second advantage over the rest of the pack, but the crucial moment came on lap 24 when Vettel was able to get out ahead of Hamilton who had pitted during the previous lap.

Only when Vettel turned his attention to nursing the car home did Hamilton close in, but it was a case of too little, too late as the Red Bull driver took the checkered flag for only his fifth win of the season.

Those few nervy seconds waiting to see where the other title contenders had finished would have felt like an eternity for Vettel, but he would ultimately finished four points ahead of Alonso, who finished seventh, 14 above eighth-placed Webber and 16 clear of runner-up Hamilton.

Vettel would also make history as he became the youngest World Drivers’ Champion, at the age of 23 years, 134 days, eclipsing Hamilton’s record by 166 days.

“Just leave me alone, I know what I’m doing.”

The words of the ever-quotable Kimi Raikkonen on his way to winning an action-packed race at Yas Marina in 2012.

It initially looked like Lewis Hamilton would march toward a pretty routine win, but a fuel-pump failure on lap 20 of 55 allowed the Finn to seize a golden opportunity in his Lotus car – just don’t bother telling him how big the gap is!

There was also the small matter of the world championship title fight between Sebastian Vettel and Fernando Alonso, too. The former had to start from the pit lane for not having enough fuel in his car to provide a sample after qualifying and, via the aid of the safety car which was deployed after Nico Rosberg flew over Narain Karthikeyan’s HRT, managed to rescue third position behind Alonso to ensure the gap between the pair was a mere 10 points with just two races left in the season.

Lewis Hamilton would finally have his big moment in the Abu Dhabi spotlight when he powered to a resounding victory to become the fourth British driver to win two F1 titles.

Hamilton quickly took the lead and was able to dictate proceedings throughout as team-mate and title rival Nico Rosberg could only finish 14th due to the failure of his hybrid system.

A certain Prince Harry was on hand to deliver the congratulatory message via team radio, saying: “Lewis, well done for not making the British public sweat. You are an absolute legend.”

How Hamilton will be hoping for a similar occurrence this weekend…