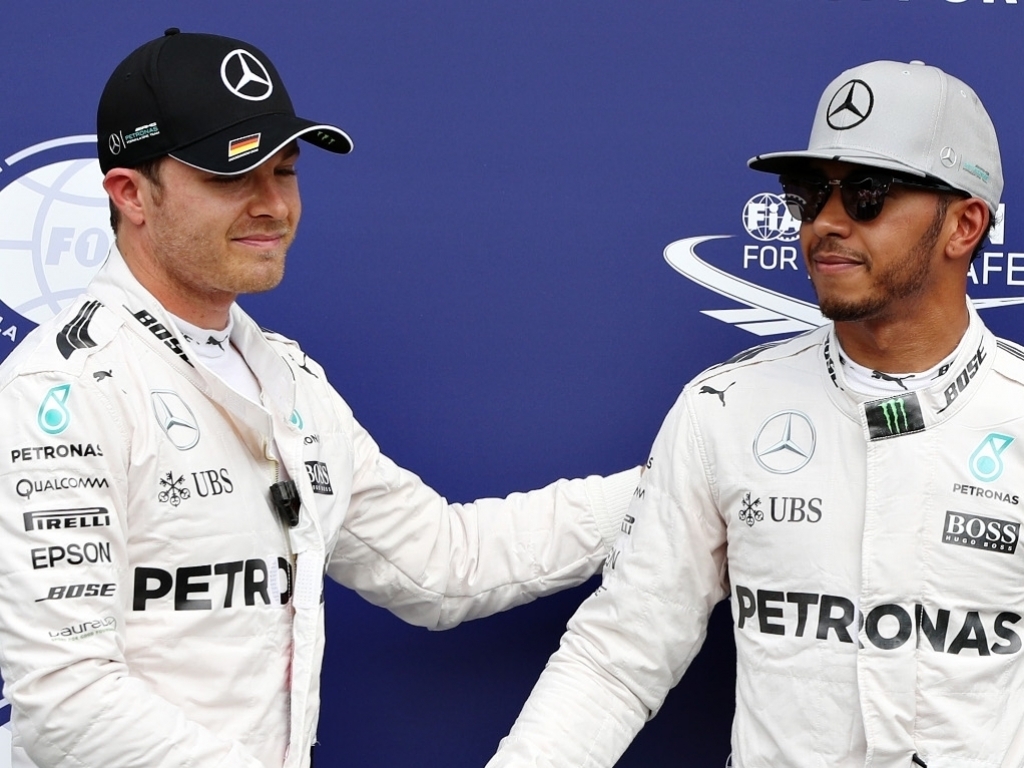 As Nico Rosberg and Lewis Hamilton prepare for the run-in to the 2016 World title, Toto Wolff acknowledges that Mercedes have a "big responsibility" keeping it fair.

Rosberg is leading the championship by 26 points over Hamilton and could wrap it up in Sunday's Mexican Grand Prix.

Should the German win the race and Hamilton finish P10 or lower, Rosberg will take an unassailable lead into the remaining two rounds.

But as it is an intra-team battle, Wolff admits it is a "weight" on Mercedes' shoulders making sure that both drivers have an equal opportunity to win.

"We have quite a big responsibility towards the two [drivers]," he said.

"We want to win the race, but sending them on two different strategies, not knowing which one is the right one, can potentially have an outcome that needs an explanation.

"We have had it in the past years that we were asked questions about why we sent driver A on this strategy and driver B on this other strategy, when it was clear one was the better one.

"If we would split the strategies, it is a) to defend the win and b) because we simply don't know which one is the better one.

"So to answer your question, there is responsibility and weight on our shoulders in trying to get it right and as balanced as possible."