Home Uncategorized Merc ‘big three’ over the moon with title 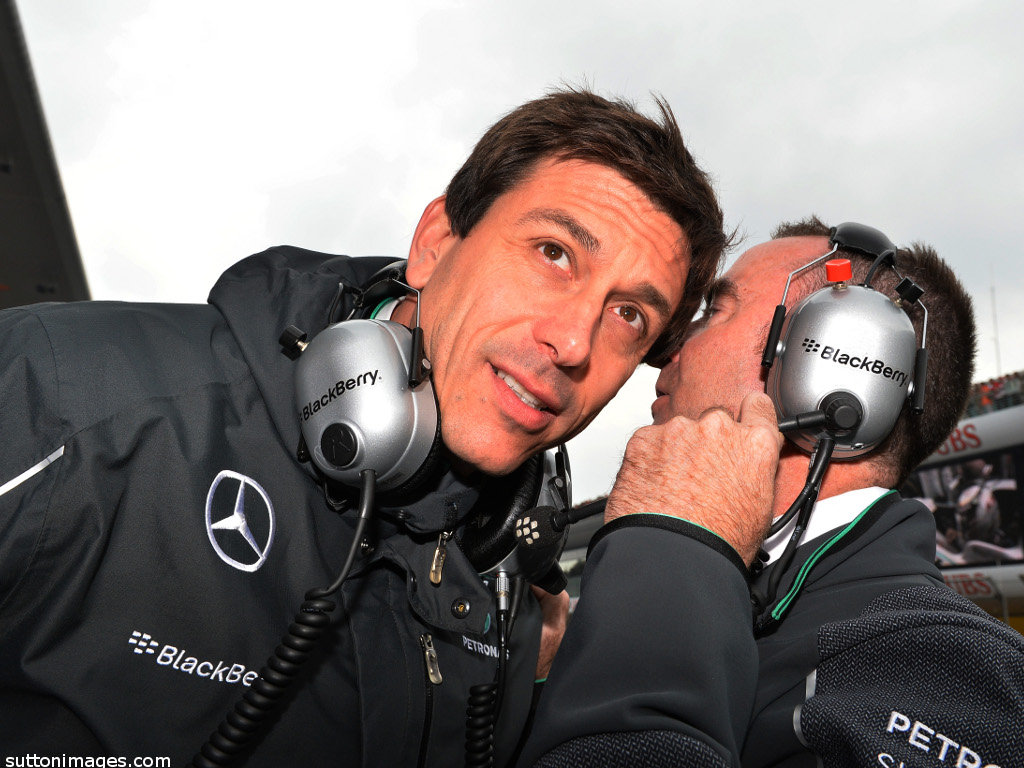 Niki Lauda, Paddy Lowe and Toto Wolff have paid tribute to everyone at Mercedes after the team secured their maiden Constructors’ title…

Niki Lauda, Paddy Lowe and Toto Wolff have paid tribute to everyone at Mercedes after the team secured their maiden Constructors’ title.

It handed Mercedes their first-ever team crown – they won a couple of titles in the 50s but back then no Constructors’ trophies were handed out.

“It means a lot,” Mercedes’ non-executive chairman Niki Lauda told BBC Sport. “I have to tell you I’m a little emotional. When we started this together – Ross Brawn, Toto Wolff and myself – it was hard work. It’s an emotional moment, but let’s think of the next race already.

“We will celebrate, but we have to go home. Lewis is flying home with me. Nico did a very good job after his first lap mistake. I’m happy, I can’t say any more than that.

“They raced today, you saw at the first corner. I thought that’s it again, but it was not as there was enough run-off. They always race, they will continue to do this. Lewis is on a very good track, four in a row. It looks very good for him, it keeps the momentum.”

Mercedes executive director (technical) Lowe also warned that there is still a lot on the line as Hamilton and Rosberg go head-to-head for the Drivers’ Championship.

“We have worked so hard for this, many people have worked for years to put this together. We will have a big celebration tomorrow, so we are going to spread it all out,” he said.

“Everybody is going to come in [to the factory] and we will just enjoy it.”

“The Drivers’ Championship is still to play for, and we won’t feel comfortable until we have both of them mathematically. But most important is a good car to finish the races.”

“Nico made the move [at the start] and it looked clean and Lewis seemed to have lost it. Lewis might have thought it was the dirty line and braking would be tricky. Nico might have made that corner if he didn’t lock it up. It could have been ‘cold-blooded Lewis’ or ‘lucky Lewis’ – it doesn’t matter.”

He added: “We talked about Ross a lot and he has been so fundamental to the team – he built the foundation of the team. This is his trophy, too. There are several hundred people in Brackley and Stuttgart who have played a part as well.”