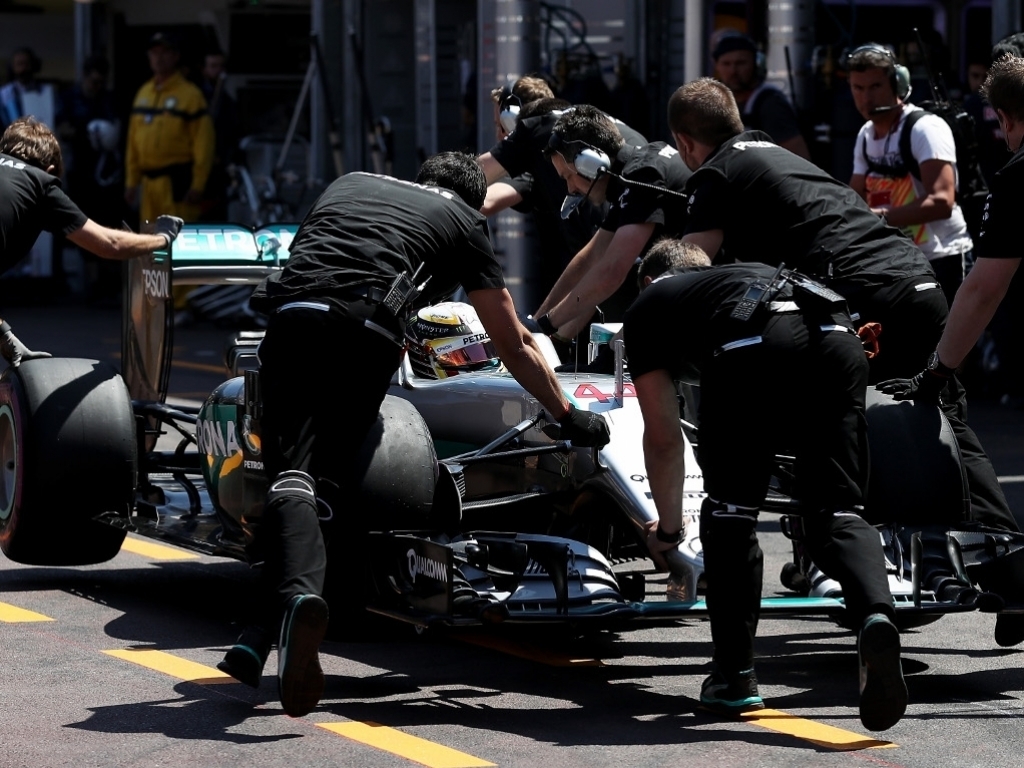 Mercedes have revealed that it was a “fuel pressure” problem that resulted in Lewis Hamilton stopping in the Monte Carlo pitlane at the start of Q3.

In a season where the Brit’s qualifying efforts have already been blighted by two engine issues on Saturday afternoons, Hamilton again ran into trouble in Monaco.

This time, though, it was a fuel pressure problem and one that also affected his team-mate Nico Rosberg.

The team quickly resolved the issue and Hamilton was back out on track putting in the laps.

It took several attempts before the reigning World Champion laid down a flier as he was over seven seconds down before putting in a last minute hot lap.

That boosted him up to P3 and he will line up behind pole-sitter Ricciardo and Rosberg.

Once on track, @LewisHamilton aborted 1st attempt then stayed in sync with other cars to avoid risk of traffic, hence one flying lap… #F1