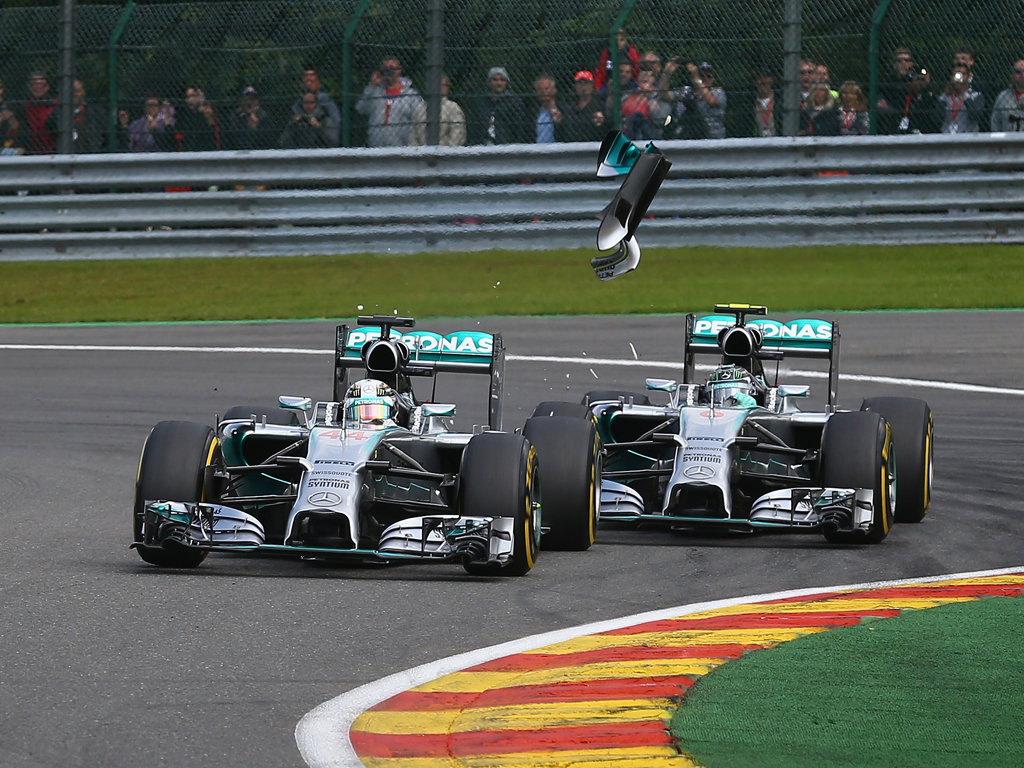 Rosberg and Hamilton looked set to battle it out for victory at Spa on Sunday and the latter appeared to have to edge over his team-mate after beating the pole sitter off the line after the lights went out.

However, Rosberg tried to regain first place, but he got a bit too excited and hit Hamilton’s left rear, forcing the Brit to make an early pit stop while the German also picked up damage to his front wing. While Rosberg went on to finish second behind Daniel Ricciardo of Red Bull, Hamilton retired late in the race.

“I thought they were clever enough to know that but obviously they aren’t.”

Mercedes motorsport boss Toto Wolff was also unimpressed telling Sky Sports F1: “It was an unacceptable risk. This is an absolutely unacceptable race for us. For our drivers to crash into each other…unbelievable.

“There is one rule and that is that you don’t crash into each other. And it has happened on lap two.”