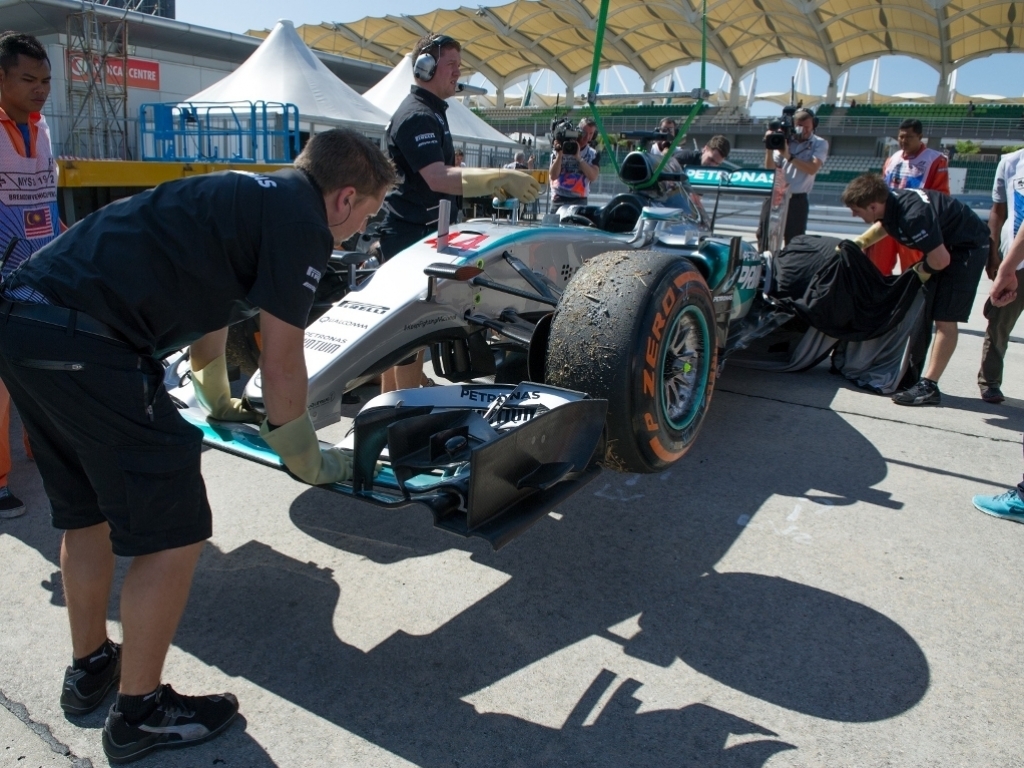 Mercedes have confirmed it was a "failure on the power unit" that sidelined Lewis Hamilton in FP1 at the Sepang circuit.

Just four laps into his morning's work, the British racer pulled over on the side of the track having heard a click coming from the back of his W06.

The car was soon returned to the pits on a flatbed truck with Mercedes diagnosing an issue with the engine.

The team tweeted: "Investigations during the break have revealed a failure on the power unit inlet system."

The good news for Hamilton is that the team are confident the problem will "not affect" his four-engine allocation for the season.

They are hoping to get the World Champion out on track "before the end of FP2."