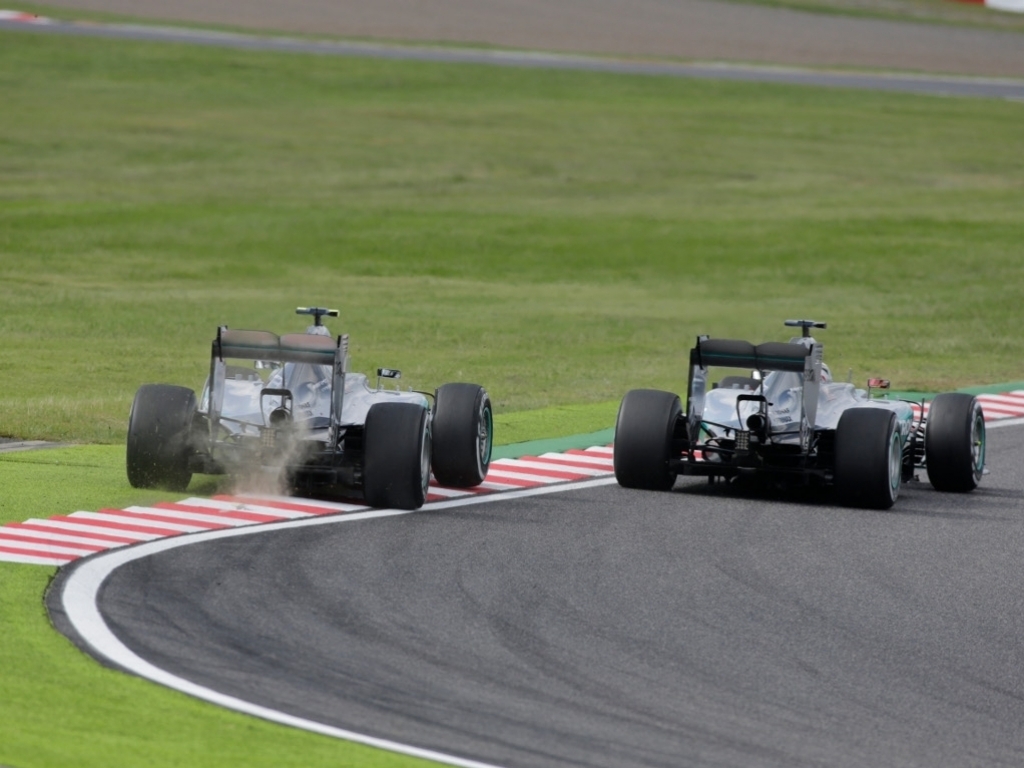 Nico Rosberg "didn't have the same power" as Lewis Hamilton at the start of the Japanese Grand Prix, Mercedes have confirmed.

The German started Sunday's race in pole position and, although both drivers made good getaways once the lights went out, Hamilton had the inside line at Turn 1 and went into the lead at the next corner as Rosberg ran wide.

Hamilton eased to victory to open a 48-point lead in the Drivers' Championships over his team-mate, but Mercedes motorsport boss Toto Wolff has revealed Rosberg wasn't at full power.

"The initial getaway was good for both cars. Nico had a little bit of an issue with a hotter power unit and when it kicked in after a couple of seconds, he didn't have same power as Lewis," he said.

He added: "It was showing up on the formation lap. I haven't got an explanation yet but there was definitely a slight drop in power due to a temperature related issue.

"We don't know yet if it was down to the driver, but it affected him the whole race – and definitely affected him in the fight at Turn 1 and Turn 2."

Wolff also played down suggestions that Rosberg wasn't strong enough when it came to defending his position against Hamilton during the early stages of the race.

"I don't think it has anything to do with being soft or not; it is always very difficult to race your team-mate," he said.

"We have seen great racing afterwards with [Valtteri] Bottas, and it was a tricky situation for both.

"Lewis said he had understeer in the car and he ran out of track. Two cars side-by-side through Turn 2 is difficult anyway."