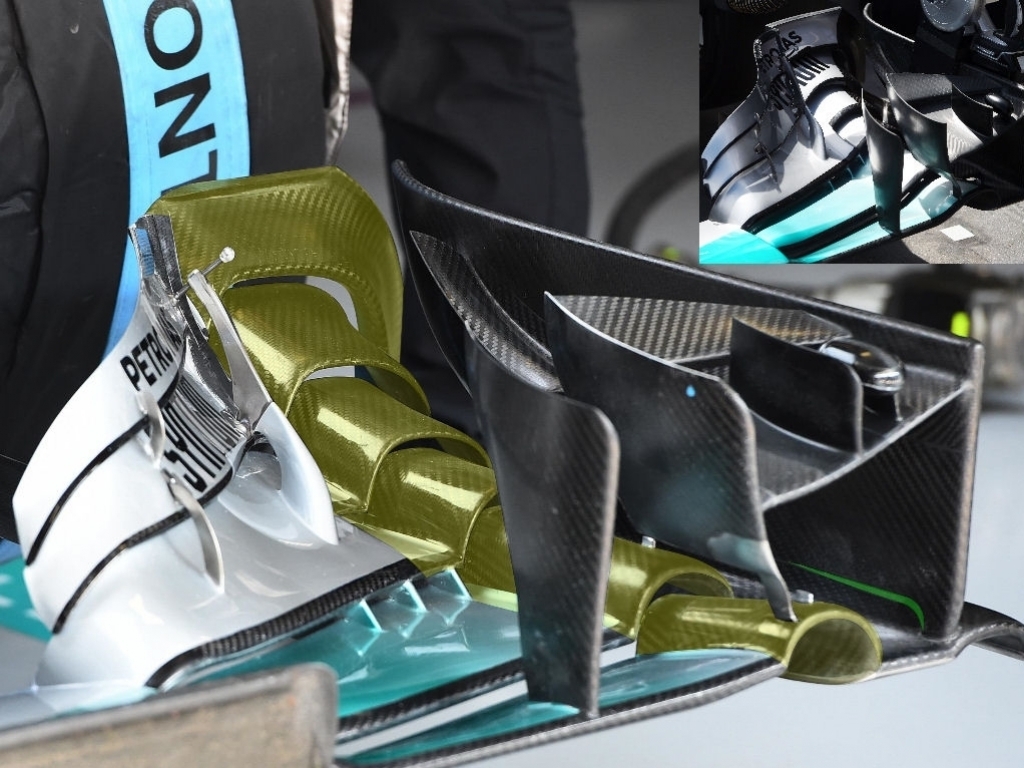 Mercedes aren't running scared of Ferrari yet but Malaysia was a wake up call for the 2014 champions as they look to pursue back-to-back championships. Several scenarios played into Ferrari's hands in Malaysia but it was clear to see that they have genuinely improved and will challenge Mercedes going forward.

It was my understanding that the new front wing presented by the team in China was actually available in Malaysia, but they opted not to run it, sacrificing performance for a known quantity, whilst also believing they had an almost unassailable lead.

You may initially question what is so different about this new front wing when comparing it with the old design as flap frequency and the cascades are relatively unchanged.  However, the change comes to the outer section of the wing (highlighted in yellow) with a more pronounced arch to the 7 tiers.  Front wing design has evolved around the teams understanding of how the air is spilt by the front wheels, especially as the tyre deforms, with their wake not only causing drag but also having an impact on the bodywork downstream.  Left unmanaged this airflow can be destructive to creating rear downforce, so the teams carefully proportion how much of the front wing generates downforce in its own right and how much conditions the flow aft of it.

The now more pronounced and arched outer tiers of the wing create a funnel as they increase in size, giving a more expansive area for the airflow to condition how the tyre impacts performance.  This will likely reduce the drag being generated by the front tyres and increase rear performance as the wake is better managed.  As an aside I have marked in green where the endplate has been scalloped out, reducing the endplates thickness at its base, in order to increase the footplate region.