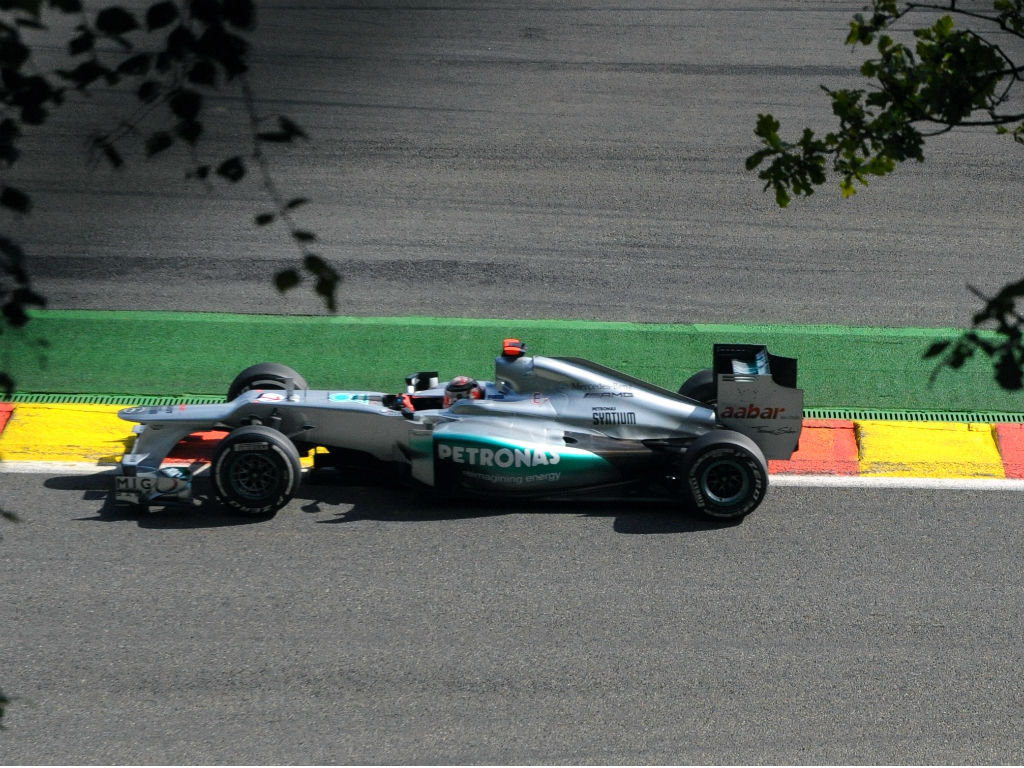 Mercedes boss Dieter Zetsche has defended Michael Schumacher’s poor form, saying the manufacturer has failed to give him a competitive car…

Mercedes boss Dieter Zetsche has defended Michael Schumacher’s poor form over the past three years, saying the manufacturer has failed to give him a competitive car.

A lot was expected from Schumacher when he came out of retirement in 2010 to join Mercedes, but he has failed to live up to the hype and has been outshone by team-mate Nico Rosberg.

Zetsche, though, says Schumacher’s struggles have been mostly down to the car.

“We have not been able to provide both drivers (Schumacher and Rosberg) in the past three years with a car that was able to win the majority of races,” Zetsche told German daily Bild.

“With the engine we were competitive, but not with the car. And it would be completely wrong to reproach either Nico Rosberg or Michael Schumacher.”

Schumacher’s contract at Merc runs out at the end of the year and the team have already confirmed they will not renew it as they have signed Lewis Hamilton from McLaren.

Zetsche added that “given the name of Michael Schumacher, expectations were probably too high”.

As for the decision to replace him with Hamilton, he added: “I called Michael on the day the decision was announced to speak with him. It was a very good discussion.”