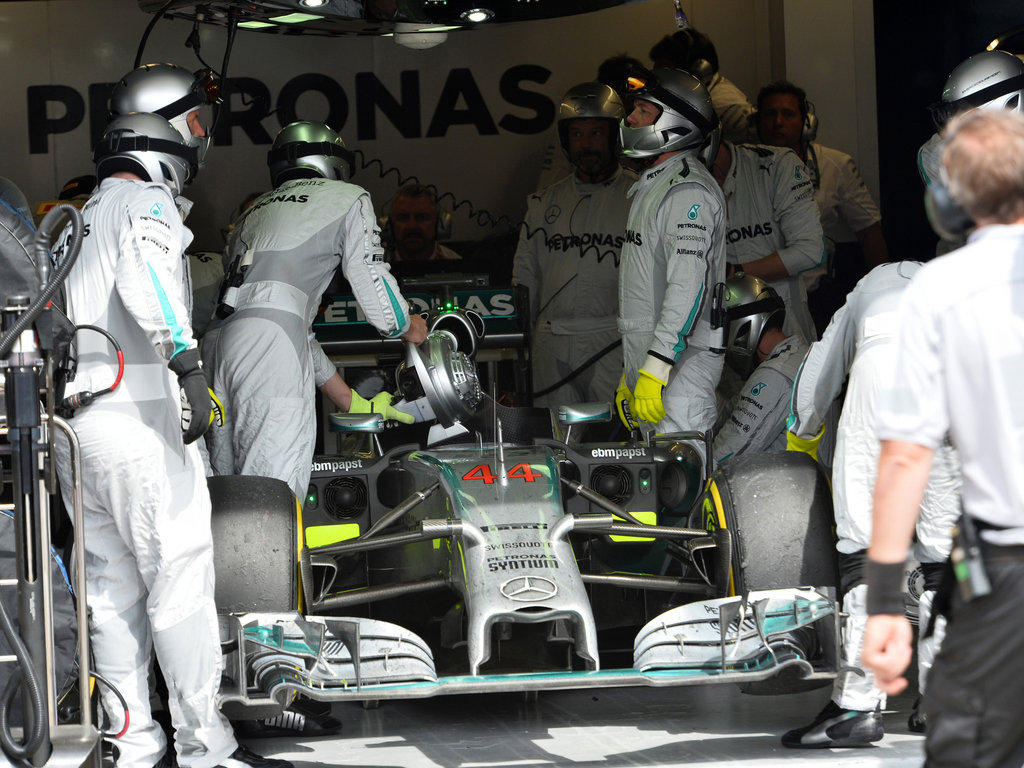 Mercedes have revealed that “high-voltage control electronics failure led to a permanent loss of MGU-K drive” on both their cars at the Canadian Grand Prix.

Nico Rosberg and Lewis Hamilton looked set for a battle royale for the race victory in Montreal, but the latter reported a loss of power on the 37th lap and it wasn’t too long before his team-mate had the same issue.

Both continued to push hard and Hamilton tried to overtake Rosberg, but he made a mistake went and sliding off and then reported problems with his brakes. He nursed his car back to garage, but had to retire.

Rosberg continued and although he managed to pick up his pace, he was eventually caught by Red Bull’s Daniel Ricciardo on the penultimate lap and had to settle for second place.

According to BBC Sport, Mercedes reported that “high-voltage control electronics failure led to a permanent loss of MGU-K drive on both cars in today’s race”.

Mercedes co-boss Toto Wolff said: “We had a problem with both cars on the same lap. When Lewis pitted, because of the pit stop, the temperatures rose too high in the brakes and he lost them. Nico saved it with a brilliant drive.

“We knew brakes could be an issue, but this particular issue occurred because if you lose the MGU-K, it’s much harder on the brakes. And with the rise in temperatures in the pits you end up having a real problem.”

Despite the problems with their cars, both Rosberg and Hamilton continued to push hard and asked if the team should’ve deployed team orders to prevent them from damaging their cars further, Wolff replied: “We can discuss whether team orders will be good. We have followed the philosophy until now till now.

“We had two drivers who were perfect. You could have said maybe freezing order would help the end result, but that’s not what we want to do and not what people want to see.”