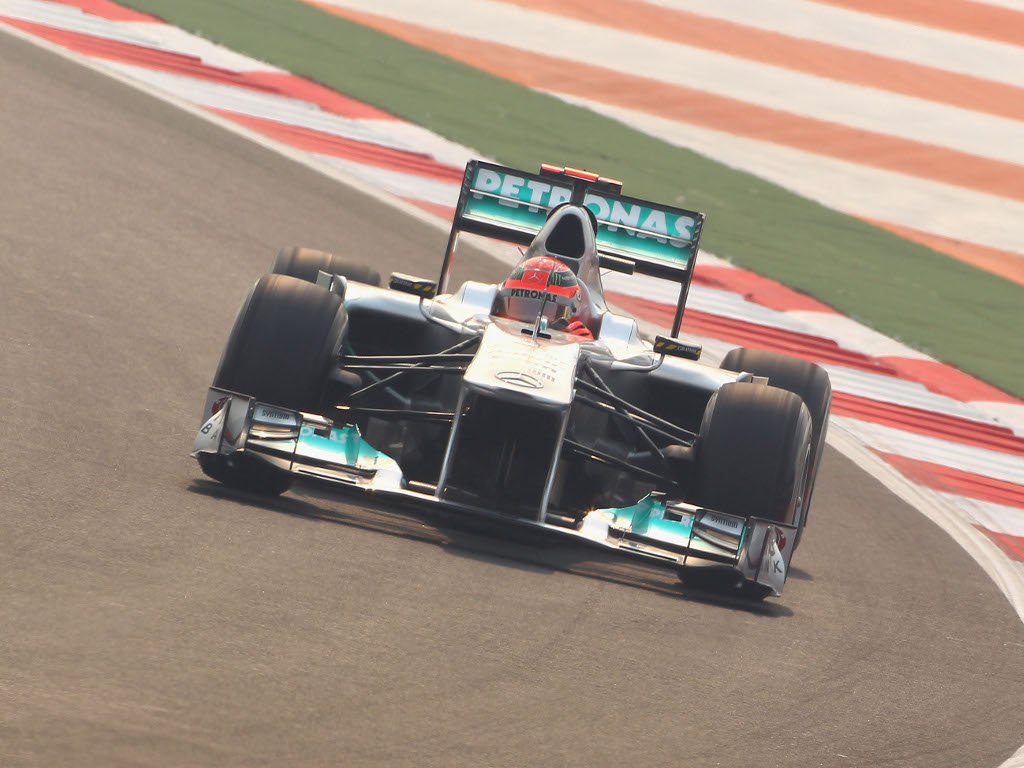 Michael Schumacher is not at all worried about Mercedes GP’s pace after finishing down in 21st place in Friday’s second practice in India.

The seven-time World Champ had been putting in times easily inside the top ten during Practice One, however, the afternoon session proved to be a different story.

Although he completed 28 laps, Schumacher spent a good amount in time in the pits as he mechanics worked on his car.

And once back out on track, he could only manage a time that was good enough for 21st place, over six seconds off the pace.

“This is a very interesting track with a challenging layout, and it’s certainly enjoyable to drive,” said the German.

“As we expected, off-line it is extremely dusty but the racing line became quite grippy over the day.

“This morning, I was happy with the balance of the car, however this afternoon was more challenging for us.

“We weren’t really able to get into working properly for various reasons, including the red flag, and therefore tomorrow we need to work on the set-up for both qualifying and the race.”

Schumacher’s lack of concern most likely rests with the fact that the team was working on race-pace and not qualifying trim as revealed by team boss Ross Brawn.

“It’s always interesting to explore a new track for the first time, and the grip levels changed a great deal during the two sessions, so the trick will be anticipating where they will be by the race on Sunday.

“The majority of our programme today focused on race preparation and the car seems in reasonable shape.

“It’s exciting to face a new challenge here and I’m sure there will be plenty of opportunities this weekend. We’ve been very impressed with the new track layout and the drivers seem to really enjoy it.”