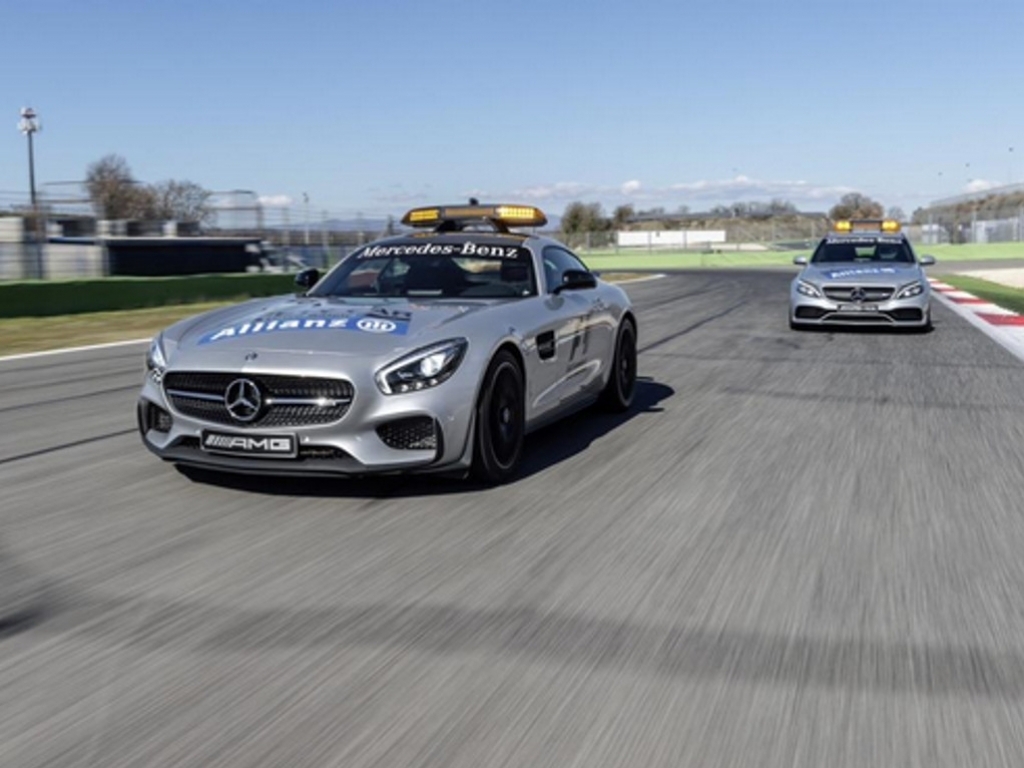 Keeping with speed and style, Mercedes have named the Mercedes-AMG GT S as Formula 1's new Safety Car for the 2015 season.

The GT S, which can go from a standing start to 100km/h in 3.8 seconds and has a top speed of 310km/h, will be driven by Bernd Maylander.

"The gull-wing SLS AMG was my official car in Formula One for five years," Maylander said. "Now I'm looking forward to the new Mercedes-AMG GT S, which I have been fortunate enough to get to know during its development phase.

"The new AMG sports car won me over immediately with its high-calibre race track performance."

There is also a change to the Medical Car with the Mercedes C 63 S Estate taking the role.

The Medical Car, which is on hand to provide fast emergency medical care, will be driven by Alan van der Merwe while Dr Ian Roberts, the offical FIA head physician, will be alongside him.

Both cars are powered by 4.0-litre V8 biturbo engines.