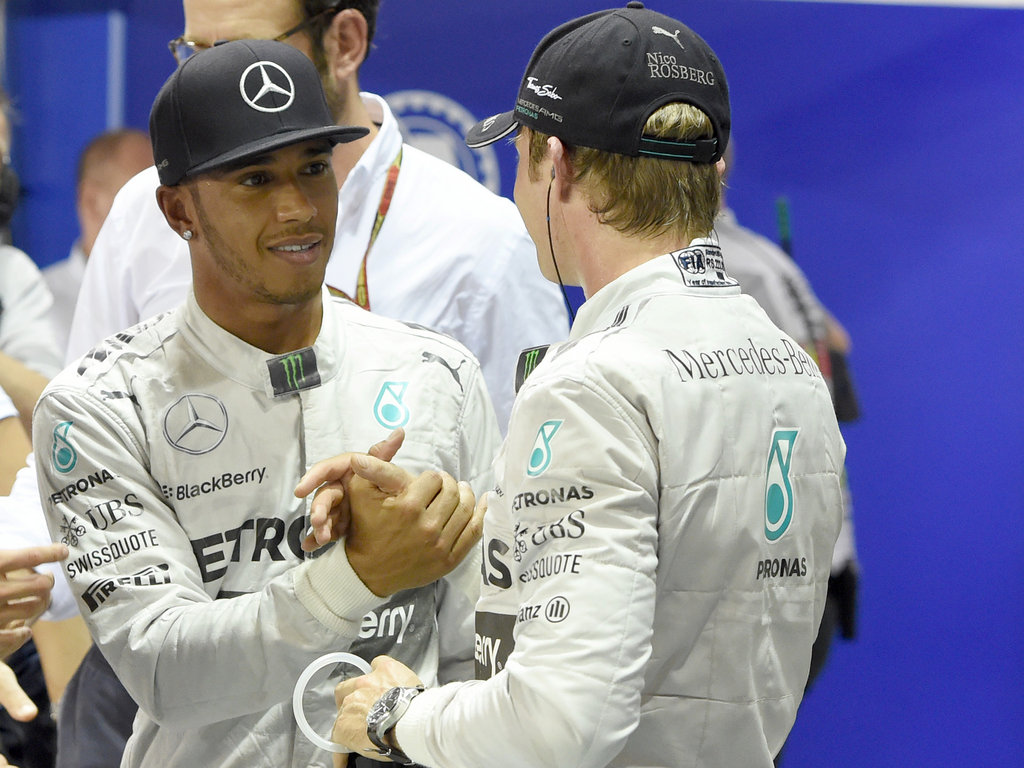 Mercedes have vowed to provide Lewis Hamilton and Nico Rosberg with the “best possible platform for an unhindered fight” until Abu Dhabi.

Mercedes have vowed to provide Lewis Hamilton and Nico Rosberg with the “best possible platform for an unhindered fight” until Abu Dhabi.

Hamilton holds a 17-point lead over his team-mate in the Drivers’ Championship on the back of his fourth consecutive race victory at the inaugural Russian Grand Prix last time out.

With only three races still to go in the 2014 campaign, it is likely to go down to the wire and Merc Executive Director (Technical) Paddy Lowe feels it is all set up for a dramatic finale.

“The Drivers’ Championship has yet to be settled and it is still all to play for with the standings so close,” he said. “We have the prospect of a dramatic finale with the double-points race in Abu Dhabi and it is unlikely to be decided before that point.

“Our focus has been very much on providing the drivers with the equipment to compete on equal terms so that the best man may win.”

Mercedes motorsport boss Toto Wolff added: “Our priority is to give both drivers the best possible platform for an unhindered fight to the flag in Abu Dhabi,” he said.

This year marks the third US GP in Texas and Wolff says it is important that Formula 1 proves its worth in America.

“The first step, of course, is Austin – a weekend the whole paddock looks forward to and an important event in terms of bringing Formula One to the United States.

“The US is the biggest consumer market in the world and the largest global market for Mercedes-Benz; thanks to the race in Austin, we can see that the US is playing a bigger role in our sport, too, with greater interest and investment at many levels. F1 has a passionate fan-base in the USA, which we can see growing all the time: the crowds at the first two races in Austin were absolutely mega, which is very encouraging for the future.”