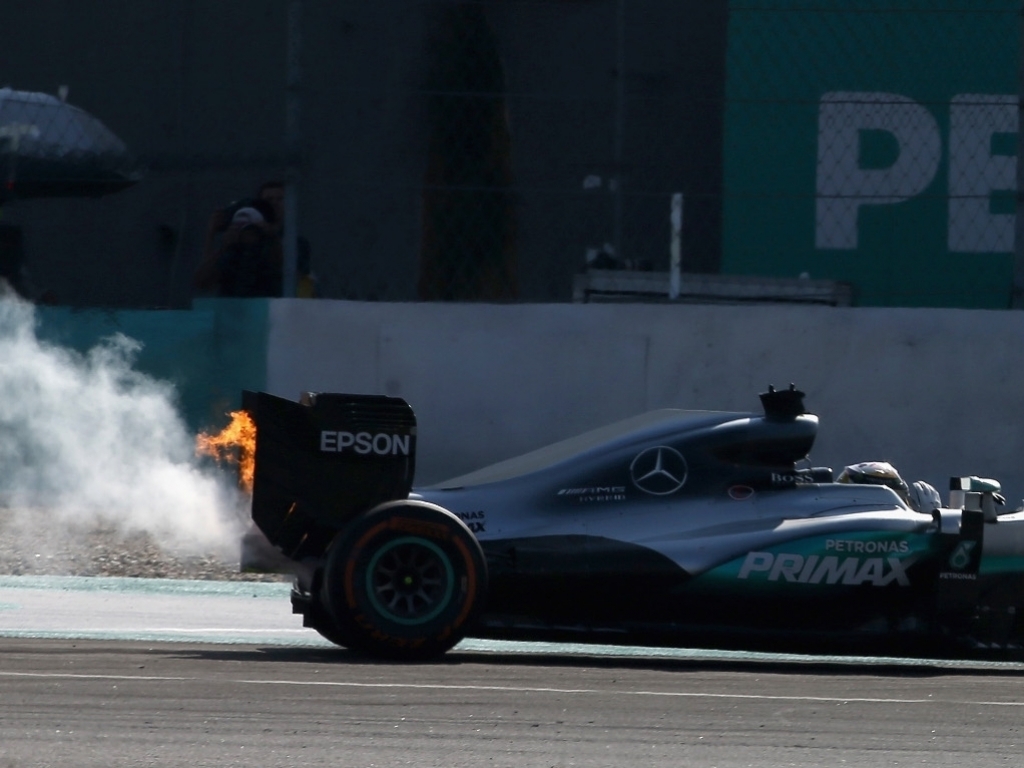 Mercedes has identified the cause of the engine failure that cost Lewis Hamilton victory in the Malaysian Grand Prix.

Reigning world champion Hamilton was leading the field at Sepang on Sunday with 15 laps to go when his engine caught fire putting him out of the race – his third engine failure this year.

After completing an investigation into the incident, Mercedes said it had determined that the failure of a big-end bearing in the crankshaft had caused the problem. The failure occurred after 618km of the race and and was preceded by a loss of oil pressure on Turn 15.

Hamilton will use the engine he used in Singapore for this weekend’s Japanese Grand prix in Suzuka, while teammate Nico Rosberg will continue with the same engine as he used in Malaysia.

Mercedes said that as a result it has introduced revised running parameters as a precaution for the works team, as well as for customers Williams, Manor and Force India.

Customers will now delay taking new engines until a more detailed analysis of Hamilton’s engine has been conducted, it added.