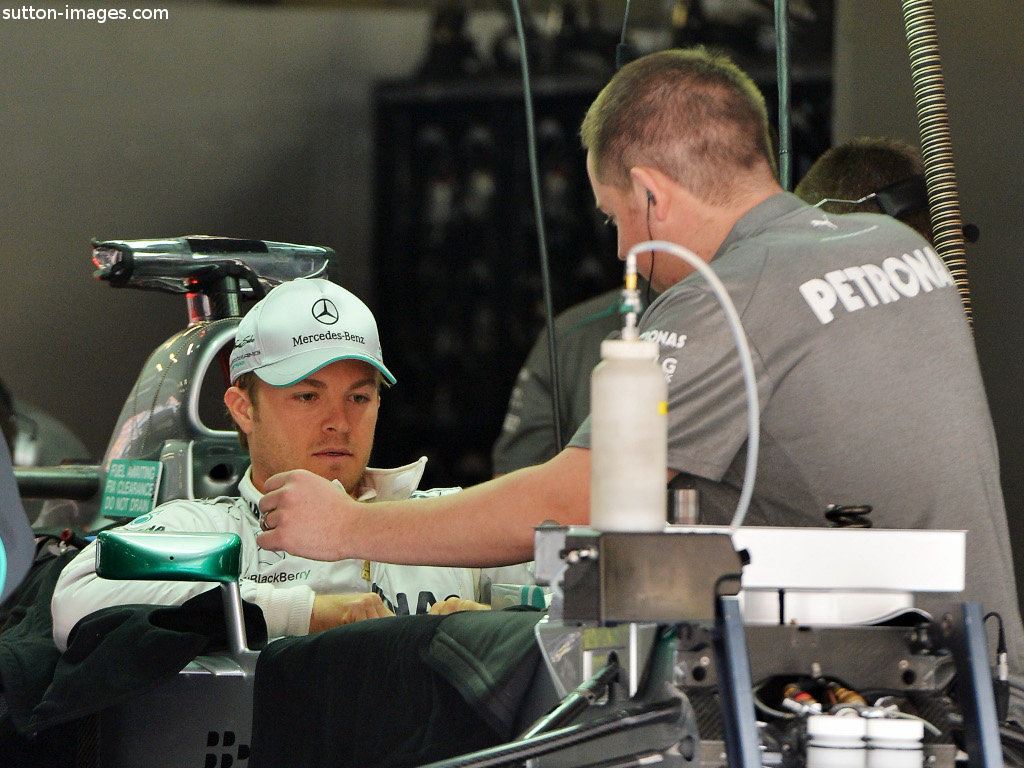 Lewis Hamilton and Nico Rosberg endured mixed fortunes in China and Mercedes are determined not to repeat their mistakes in Bahrain this weekend.

While Hamilton claimed his maiden pole for the Brackley squad and went on to finish third in Shanghai, Rosberg qualified P4 before finishing empty handed after suffering his second retirement of the season.

Team principal Ross Brawn admits they have done a lot better than they initially expected, but says they have to improve if they want to keep up in the race for the Championship.

“The performances so far have been pleasing and perhaps even beyond our pre-season expectations however there is work to be done,” he said. “We have two main areas to focus on; we must improve the reliability and we have to lift our performance to find that extra couple of tenths to our fastest competitors. And of course, that’s a moving target to make the challenge even tougher.

“A strong two car finish will be our target this weekend, and we want to see both Nico and Lewis in a position to score not only points but podiums regularly. We’ve had a taste of success already this season and the slight feeling of disappointment with third place in China is our motivation.”

It has been a frustrating season so far for Rosberg as a P4 finish in Malaysia was sandwiched by two retirements.

“The first three races haven’t quite worked out as we had hoped on my side but the positive is that we have a car that we can really work with,” he said.

“So I’m looking forward to getting on with this weekend and the circuit at Sakhir is one that I like very much. It’s going to be very tough on the rear tyres and our biggest challenge will be to make the most out of the situation. We’re better prepared than we were last year and we have shown that the car is much stronger so I really hope that we can achieve a great result in Bahrain.”

Hamilton, meanwhile, is just 12 points behind Championship leader Sebastian Vettel in the standings after two podiums, but he is determined to look for that extra pace at Sakhir.

“With each race, I am becoming more settled in the team and more comfortable in my car, and we were very happy with the pole and podium finish,” he said.

“There are some areas where we need to improve to close that gap to the fastest cars and we’re working hard to identify and develop those. There’s a limit to what we can do before Bahrain but I’ll be talking to my engineers before we arrive at the circuit and seeing where we can improve in the short term.”