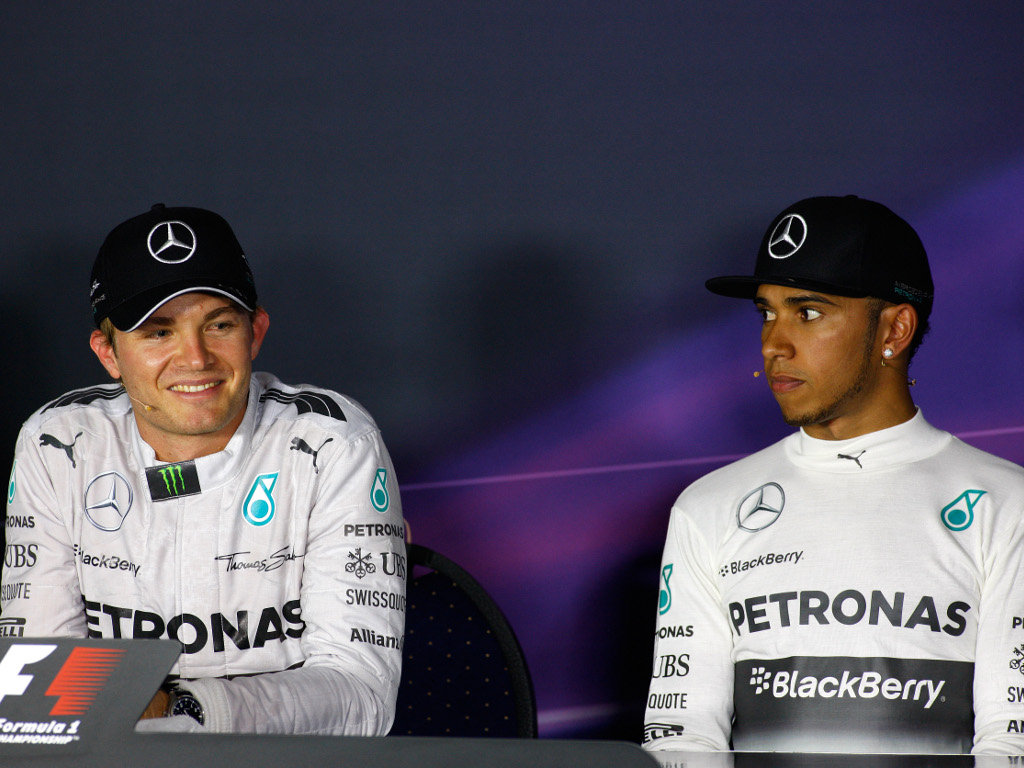 Mercedes say “suitable disciplinary measures” have been taken after the Spa drama, but insist Lewis Hamilton and Nico Rosberg are “free to race”…

Mercedes have confirmed that “suitable disciplinary measures” have been taken following the Spa drama, but insist Lewis Hamilton and Nico Rosberg are “free to race” for the title.

The Brackley-based squad’s team bosses held a meeting with Rosberg and Hamilton on Friday after the two made contact during the Belgian Grand Prix.

Hamilton blamed his German team-mate for the incident and later claimed that Rosberg admitted “he did it on purpose, he said he could have avoided it, but wanted to prove a point”.

Rosberg, though, insisted that his “view of the events are very different”.

The duo, though, were called in for a team meeting and they finally cleared the air.

“Toto Wolff, Paddy Lowe, Nico Rosberg and Lewis Hamilton met today in the boardroom of Mercedes AMG Petronas headquarters in Brackley to discuss the events of the Belgian Grand Prix,” the statement read.

“During this meeting, Nico acknowledged his responsibility for the contact that occurred on lap two of the Belgian Grand Prix and apologised for this error of judgement.

“Suitable disciplinary measures have been taken for the incident.

“Mercedes-Benz remains committed to hard, fair racing because this is the right way to win world championships. It is good for the team, for the fans and for Formula 1.

“Lewis and Nico understand and accept the team’s number one rule: there must be no contact between the team’s cars on track.

“It has been made clear that another such incident will not be tolerated. But Nico and Lewis are our drivers and we believe in them.

“They remain free to race for the 2014 FIA Formula 1 World Championship.”