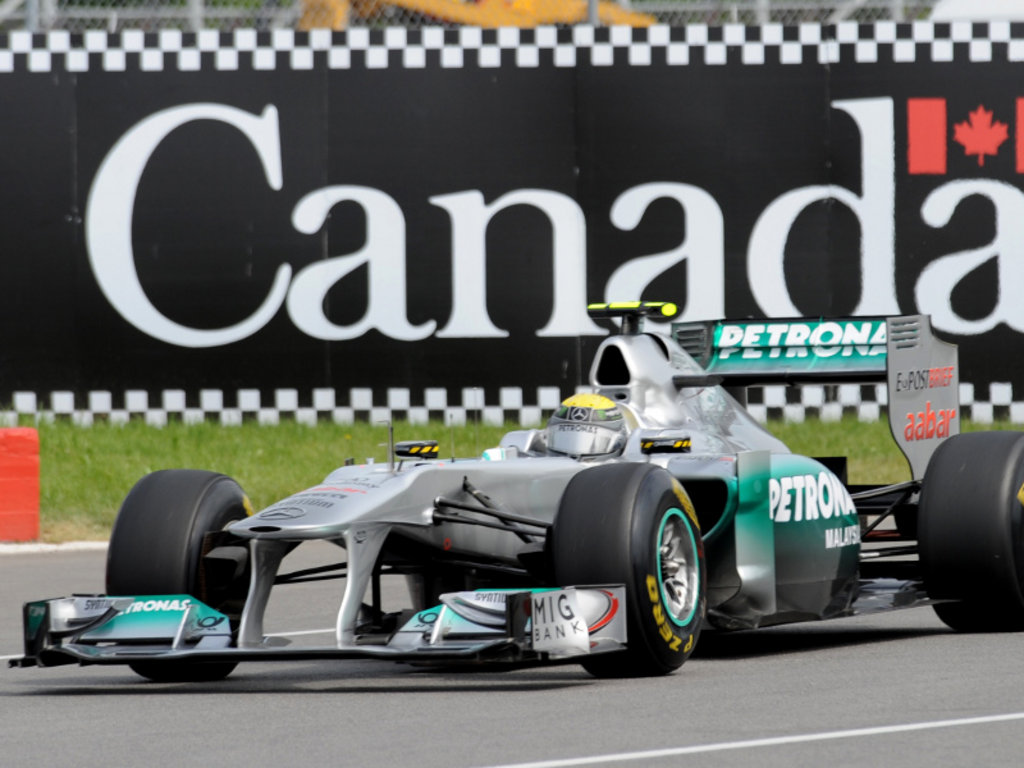 Ross Brawn revealed both Nico Rosberg and Michael Schumacher have various strategies open to them for Sunday’s Canadian GP after saving tyres.

The two Mercedes GP drivers qualified sixth and eighth for Sunday’s 70-lap grand prix with Rosberg ahead of his team-mate.

And with both drivers saving a set of option tyres, their team boss reckons they have a “decent chance” of achieving a great result in Montreal.

“We had very solid qualifying session with both the drivers and team doing a good job,” said Brawn.

“We have given ourselves a decent chance with the tyres and have a set of new options left for both drivers for the race, so overall it was a pretty decent afternoon.

“We know for the future that we have to find some lap time but so far, we have made the best of what we have this weekend.”

Rosberg, who is still chasing his first grand prix victory, says he’s “confident” that Mercedes GP can work their way towards the front on Sunday afternoon.

“Generally we have made good progress this weekend and qualifying in sixth position was good for us today,” said the German.

“I’m pretty confident that we can do better in the race, certainly compared to our pace in Monaco. We’ve put in a lot of work on race performance and I hope we can translate that tomorrow.

“It’s good to have saved a set of new options as well.”