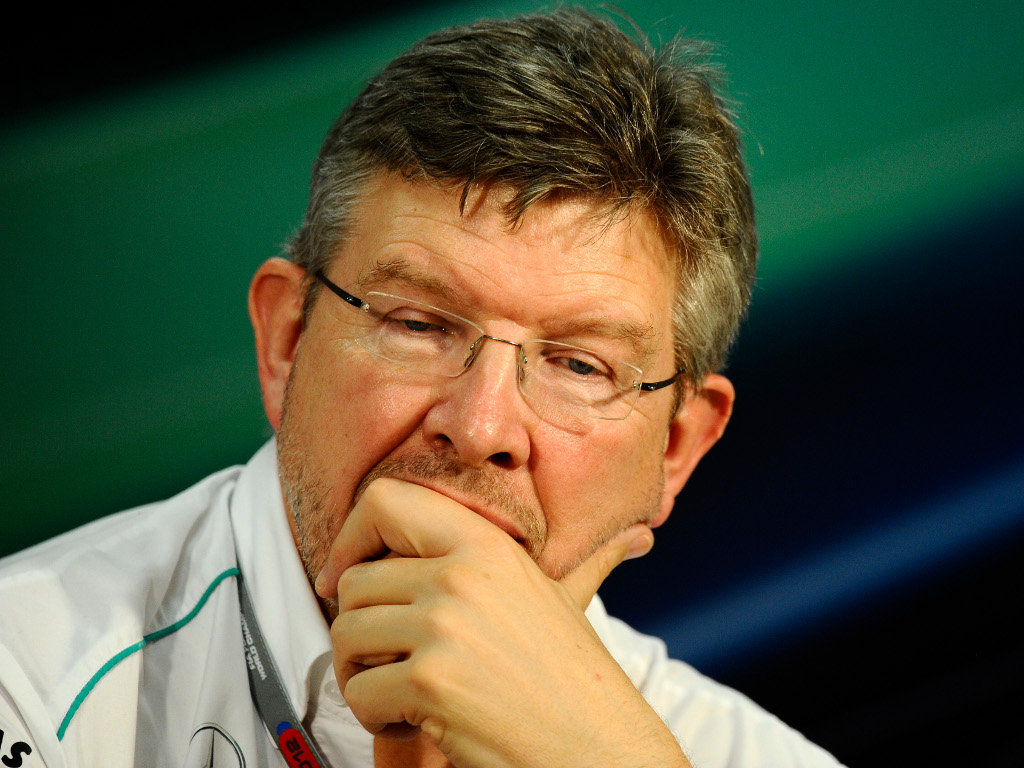 Mercedes GP team principal Ross Brawn asserts that increasing the W03’s reliability in the light of Michael Schumacher’s persistent problems is their highest priority.
Schumacher was forced to retire for the fifth time this season in Canada after his DRS flap jammed. This came on the back of gearbox problems in Australia, a pit stop error in China, DRS trouble in Bahrain and falling fuel pressure in Monaco – all incidents that caused the former World Champion to retire from the respective races.
Despite all of his problems, Schumacher on Tuesday wrote on his official website that “it’s completely understandable that things can go wrong from time to time” and that he “won’t lose my nerve or my faith in the team”. He went on to add that was no reason to place blame at anyone’s door.
While the German has appeared calm in the face of great frustration – which has been exacerbated by the fact that team-mate Nico Rosberg has finished every race – Brawn admits that the situation is far from ideal and that the team are working hard to fix any problems.
“Both cars are designed in accordance to the same standards and are built and maintained in an identical manner,” Brawn told Bild Zeitung. “Our goal is always total reliability with no errors and we have achieved that with Nico but not yet for Michael. Resolving this is our highest priority.”
“We will examine the car, identify the problem and take appropriate countermeasures,” he added.
“We have to ensure that we completely understand the reasons for the problems and then systematically eliminate them.
“There is no magic bullet with which we can solve everything but Nico has completed every lap and as a team we have a very good reliability rate.”
While many drivers would grow frustrated by the current situation and lose focus, Brawn expects Schumacher to bounce back stronger.
“In my experience with Michael, difficult times motivate him even more. We will do our best to build a good and reliable car for him,” he said.