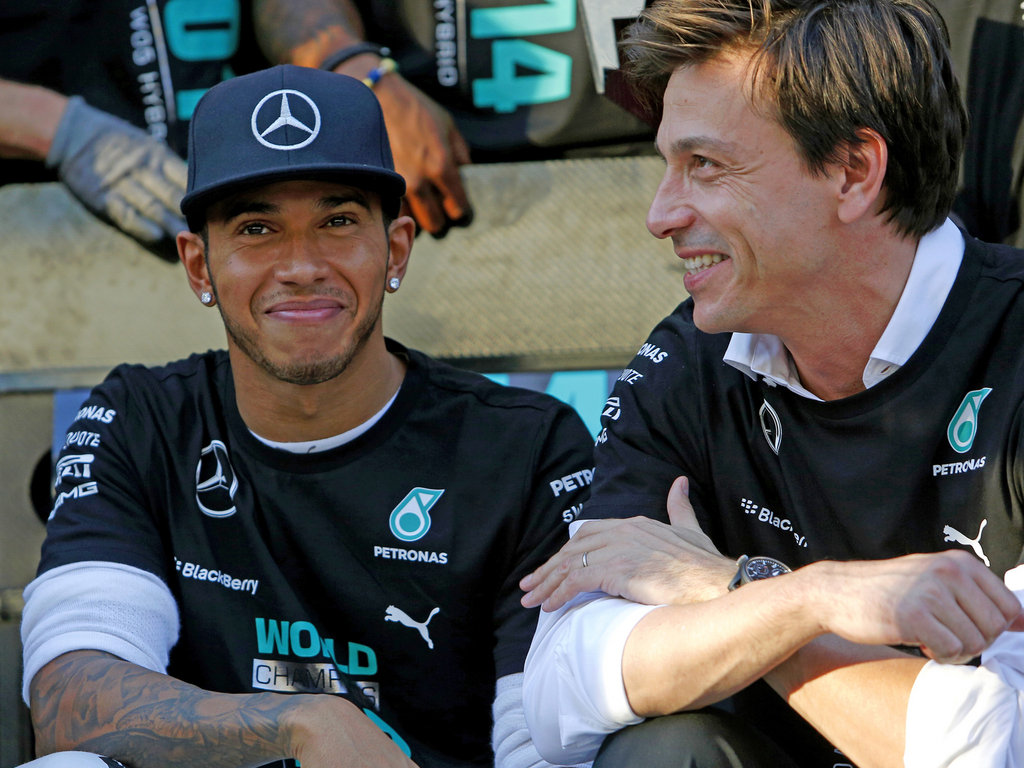 Mercedes feel they have ticked a couple of boxes and now they want to add another mark by signing Lewis Hamilton on a new long-term contract.

The Brackley-based squad secured the double this year with the team wrapping up their maiden Constructors’ Championship at Sochi and Hamilton winning the Drivers’ title at the season-ending Abu Dhabi GP.

The team also tied Nico Rosberg down to a multi-year deal a few months ago and they hope to do likewise with Hamilton.

Negotiations with the Brit was halted earlier this year so that he can focus on the title challenge with Rosberg, but Mercedes motorsport chief Toto Wolff says they are keen to conclude the deal as both parties are happy to continue the relationship.

“We have really been on a great journey and the team we have now, with all its stakeholders and Lewis being super involved in that group, we want to keep it together,” Wolff said. “We have discussed it a couple of times and we started those discussions a couple of months ago, but we agreed to stop for a while and restart after Abu Dhabi.

“We had those rumours around one and half months ago but decided again to do it after Abu Dhabi. We are now going to reflect a couple of days, go back to the factory and start those discussions in the next weeks in the spirit like we have had all year.”

Having decided not to renew his contract with management company XIX Entertainment earlier this year, Hamilton is set to go at it alone during negotiations.

Wolff concedes that it will take some time to finalise things.

“It is never easy because it is a decision with consequences for Lewis and for us as a team,” he added. “Stability is a very crucial ingredient for us at the team and sitting down and discussing the future, it is clear that Lewis feels at home in the team, the car is the most competitive car and so we have ticked two boxes. Equally there is no guarantee and it is never quick in defining all the terms and making it happen.

“But to put the record straight, we would love to keep Lewis in the team. He’s been an incredible part in the development and the rise of the team and we want to continue with both of them. It’s not a matter of a couple of hours and ticking the boxes, I think it needs proper reflection and discussion.”