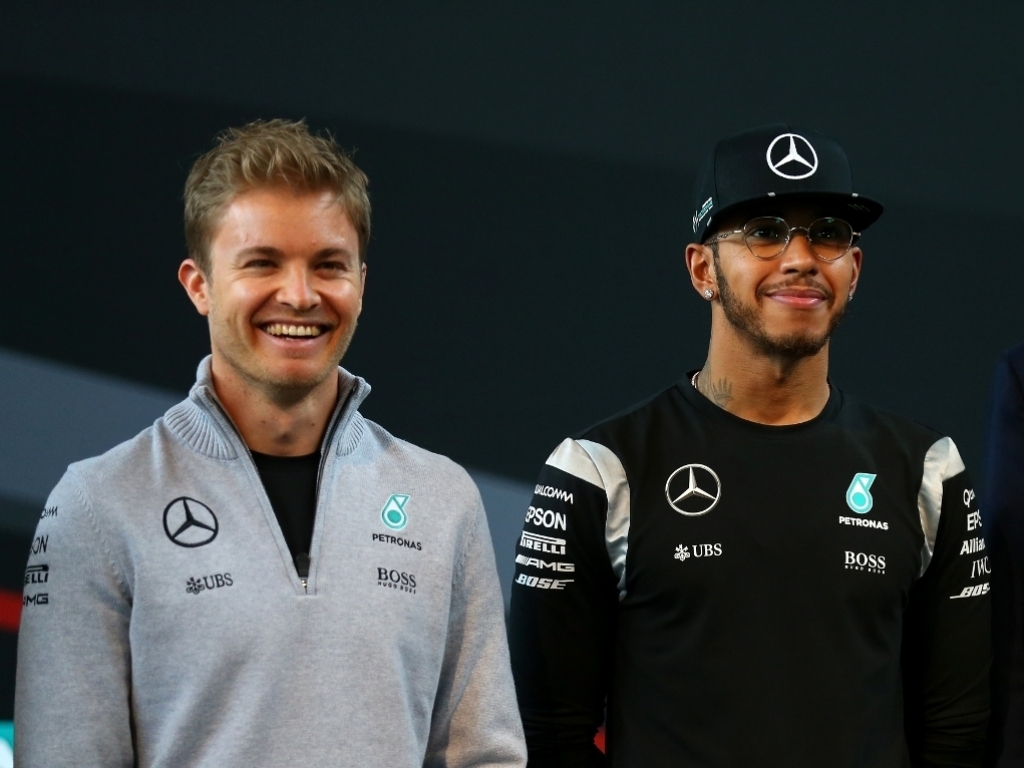 Lewis Hamilton and Nico Rosberg have been given more freedom to race as Mercedes have reduced the number of in-house rules governing their battles.

With Mercedes once again expected to dominate Formula 1, motorsport boss Toto Wolff delivered some good news at a pre-season event in Stuttgart.

He revealed that Mercedes had decided to relax the inter-team regulations governing how their drivers race one another in a bid to up the excitement.

"We are reducing the rules, or framework, because we are more comfortable in working with each other," he announced.

"There is great respect among the individuals. I don't fear it is going to be different than it has been in the last year.

"The regulations help us because there is much less engineering input into the car and into the driver.

"That is very good for the sport. It puts more pressure and brings new effort for the drivers.

"By continuing with those regulations, our role has been to step back a little bit. It pretty much fits our strategy in leaving it up to these two to fight it on track."

The Austrian added that Mercedes' success over the past two years, which has yielded back-to-back championship doubles, has given the grounds to take these steps.

"We have actually reduced that from last year to this year.

"When we started the project in 2013, there was a lot of pressure on the team in order to achieve the results and win races, and we have done okay.

"In 2014, we won the championship and we confirmed that it wasn't a one-off in 2015. But in order to contain that, we tried to put a framework around it. Sometimes it functions, sometimes it doesn't.

"We learned some interesting lessons and we improved as an organisation. With Nico and Lewis, we have been together for a couple of years and it functions pretty well.

"So we owe it to them and we owe it to F1 to just let them race. The ride is going to be a bit more difficult for the team sometimes, but that is absolutely necessary."