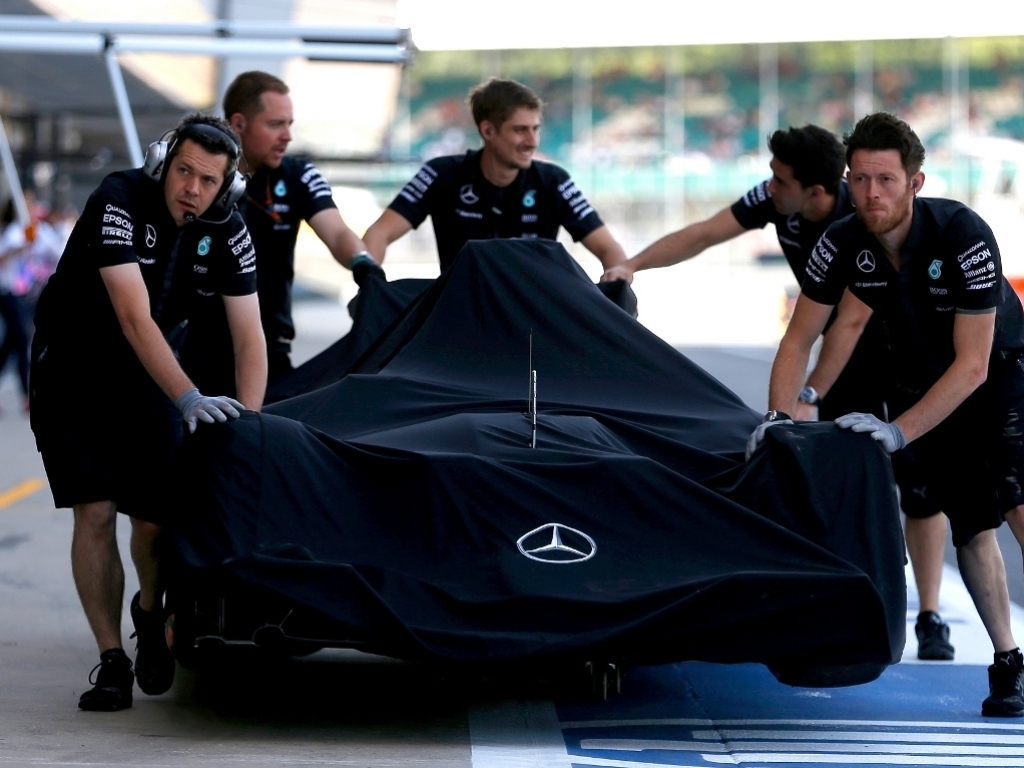 Mercedes have escaped with just a reprimand after they covered up Nico Rosberg's stricken car when it was returned to the pits during Free Practice 1 at Silverstone on Friday.

Rosberg suffered a hydraulics problem in the morning session and he parked the W06 at Becketts before it was returned to the Mercedes garage.

However, once the car was returned to the paddock, the Merc mechanics covered it with a sheet, which was in breach of Article 27.4 of the Formula 1 Sporting Regulations as "the car hasn't suffered any kind of accident damage".

FIA delegate Jo Bauer reported the issue to the stewards, who then decided to reprimand the team following an investigation and an explanation from the Brackley-based squad.