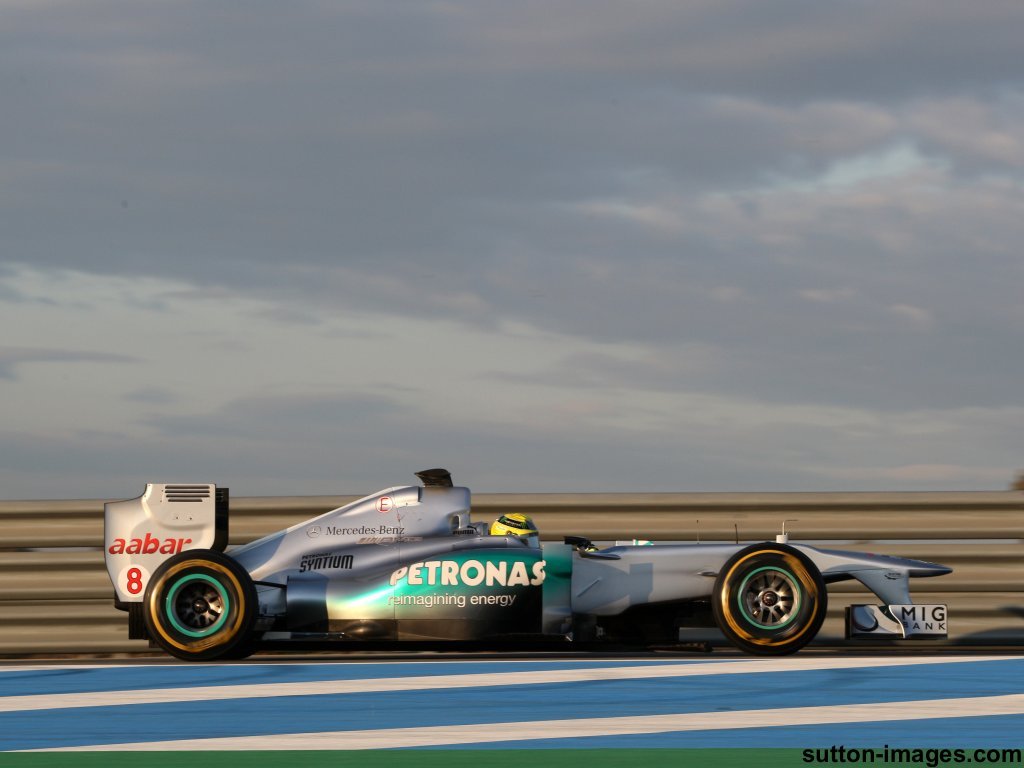 The “big three” got their first taste of winter testing at Jerez on day three, but Nico Rosberg stole their early morning thunder to set the pace…

The “big three” got their first taste of winter testing at Jerez on day three, but Nico Rosberg stole their early morning thunder to set the pace.

After sitting out the first two days, World Champion Sebastian Vettel, Ferrari’s Fernando Alonso and Lewis Hamilton of McLaren were all taking part in pre-season testing for the first time on Thursday.

However, for the second day in a row it was the 2011-spec Mercedes GP that topped the timesheets.

Seven-time World Champion Michael Schumacher posted a 1:18.561 on Wednesday and Rosberg went even better in the morning session on day three with a 1:17.613.

Lotus also continued their good pace in the south of Spain with Romain Grosjean, who set the pace early on, finding himself just +0.806 off Rosberg’s best effort.

After Jenson Button found himself in the bottom half on the opening two days, team-mate Lewis Hamilton pushed the MP4-27 into third place with a 1:19.464. The Woking-squad, though, have always maintained that they are using most of the days in Jerez to do some “exploratory” work.

“The programme will be very similar to what has been done in the previous days by Felipe (Massa). The main target is data acquisition about the car,” Ferrari said via their Twitter feed before the start.

However, things didn’t go according to plan in the first hour as Alonso was forced to take a long break following an hydraulic problem.

Force India reserve driver Jules Bianchi also had to sit out the majority of the morning session after he crashed his VJM-05 into the tyre wall.

“The guys are busy in the garage repairing the VJM05. We will hopefully be back out in the afternoon so that Nico (Hulkenberg) can get his first run,” Force India said via Twitter.

Only 10 teams are in action in Jerez on the final two days after HRT decided to back up and head home after Wednesday. Marrusia, meanwhile, skipped the session altogether.