Home Uncategorized Merc to take action after US clash 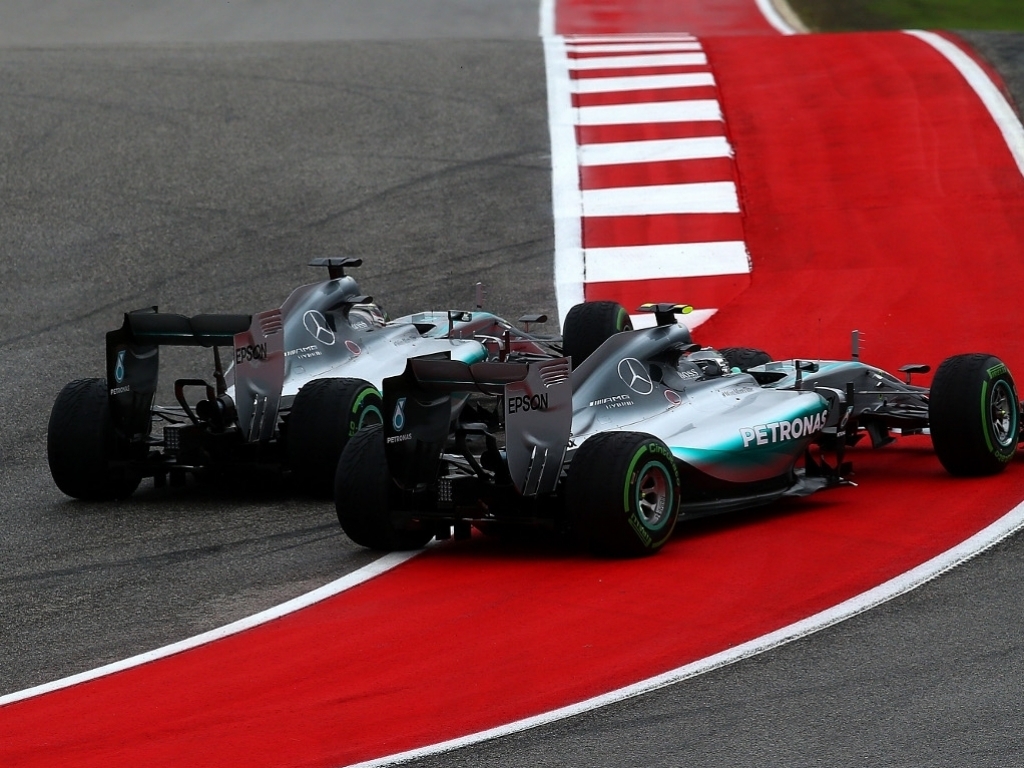 With Nico Rosberg’s disappointment palpable after losing to Lewis Hamilton in Austin, Toto Wolff concedes Mercedes need to take action to prevent a breakdown in the relationship.

Last season Mercedes had to cope with the fallout after Rosberg and Hamilton clashed at Spa. The German was deemed responsible for that collision, although this time around he feels Hamilton is to blame.

Rosberg accused his team-mate of being “extremely aggressive” as they fought for the lead on the opening lap of the United States GP.

He lost out in the battle and later also lost the win to Hamilton after running off the track. The British racer went onto claim the win and his third World title.

But while it was a moment for celebration, Wolff admits Mercedes need to deal with the opening lap antics.

“Yes, if we don’t take any action,” he told Autosport when asked if Sunday’s tussle had the ‘potential to repeat’ Spa 2014.

“It’s never easy for things to cool down. It wasn’t easy the first time around, but we have some experience. We just need to have a calm approach, a firm approach of how we would like them to compete.”

The Mercedes motorsport chief does however believe that Rosberg has a right to feel aggrieved over the incident.

“I think he [Rosberg] has reason to be upset for that particular incident,” Wolff told Motorsport.com. “It was too hard and we need to pick it up and discuss it.

“During the race I was happier because emotionally the race panned out for Nico to win it, and that would have recovered the situation finally.

“But Nico made that one mistake that cost him the race win. So I think it is important that we sit down in a couple of days and discuss it – because we don’t want it to escalate in to something bigger.”

And with the title no longer at stake, Wolff acknowledges that the “danger is, for sure, imminent” that Rosberg will treat his team-mate different in future races.