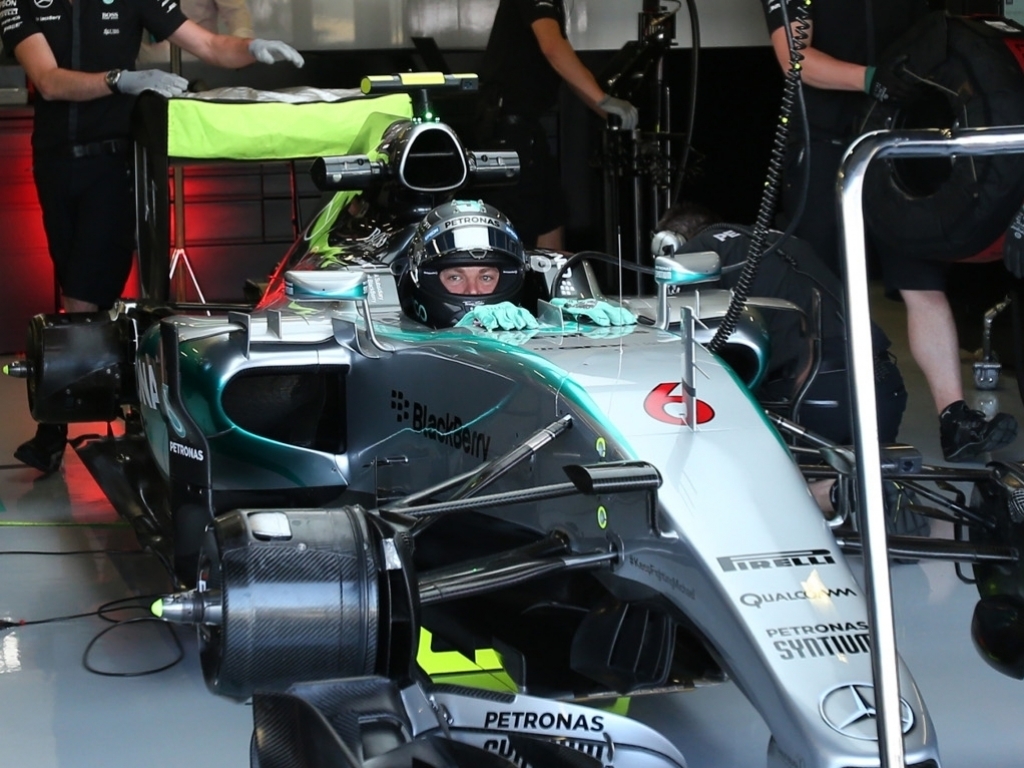 Mercedes could be in hot water with the Silverstone race stewards after covering the rear of Nico Rosberg's W06 as it was brought back to the pits.

Rosberg pulled over onto the side of the track after five laps in Friday morning's FP1 with a hyrdaulic leak.

His car was brought back to the pits after which news broke that Mercedes are under investigation as they had covered up the rear, which is against the rules.

"During P1 at 10:28 members of the Mercedes AMG Petronas F1 Team covered the underside, rear diffuser area and the front wing of car number 06 when it was brought back to the paddock after it having stopped on the circuit due to a mechanical problem," read a report from FIA technical delegate Jo Bauer.

"As the car hasn't suffered any kind of accident damage this in my opinion is a breach of Article 27.4 of the 2015 Formula One Sporting Regulations and I am referring this matter to the stewards for their consideration."