Home Uncategorized Merc ‘will continue to let them race’ 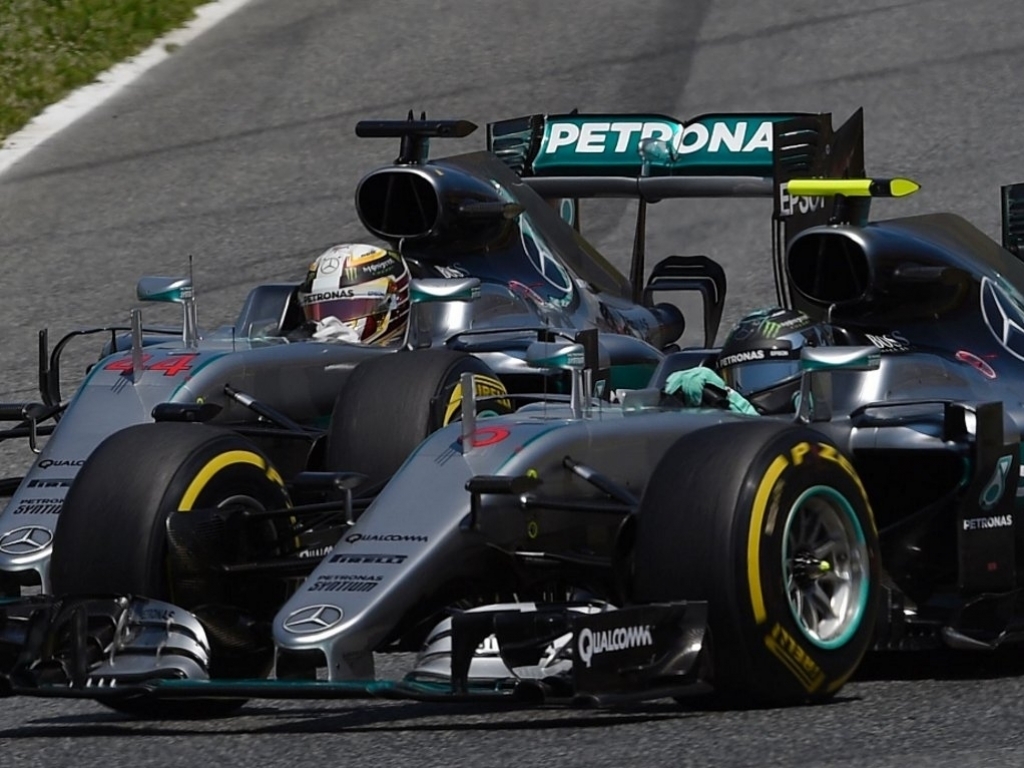 Mercedes will not alter their policy of permitted their drivers to race despite a costly collision at the start of Sunday’s Spanish GP.

Lewis Hamilton and Nico Rosberg lined up side-by-side on the Barcelona grid with the Brit taking the lead from pole position.

That did not last long as Rosberg swept by through Turn 1 to overtake his team-mate.

Hamilton attempted to retake the lead through Turn 3 and took the inside the line but without a gap there, Hamilton touched the grass and spun out, taking his team-mate with him.

It was Mercedes first point-less since the 2012 United States GP.

But despite losing out on a hefty chuck of points, Mercedes motorsport boss Toto Wolff is adamant Hamilton and Rosberg will be allowed to race freely.

“We have moved on from Spa in 2014 and it was a completely different situation in the team back then,” he said.

“By continuing with the approach of letting them race it was clear that eventually this could happen.

“And we will continue to let them race.

“Today was just a couple of unfortunate coincidences that ended up in us losing as a team.”

Asked if the drivers had learned a lesson by missing out on points at Barcelona, Wolff replied: “I think it was definitely a lesson enough. They have lost what could have been a great result.”

He added: “Both of them were pretty upset about the situation that the team has been let down.

“But I think what matters more is how we come out of the incident as a team with a really great spirit in the team in the last couple of races, through many ups and downs.

“We never threw the toys out of the pram and that is another challenge for us to demonstrate that as a team we can move on from difficult circumstances.”