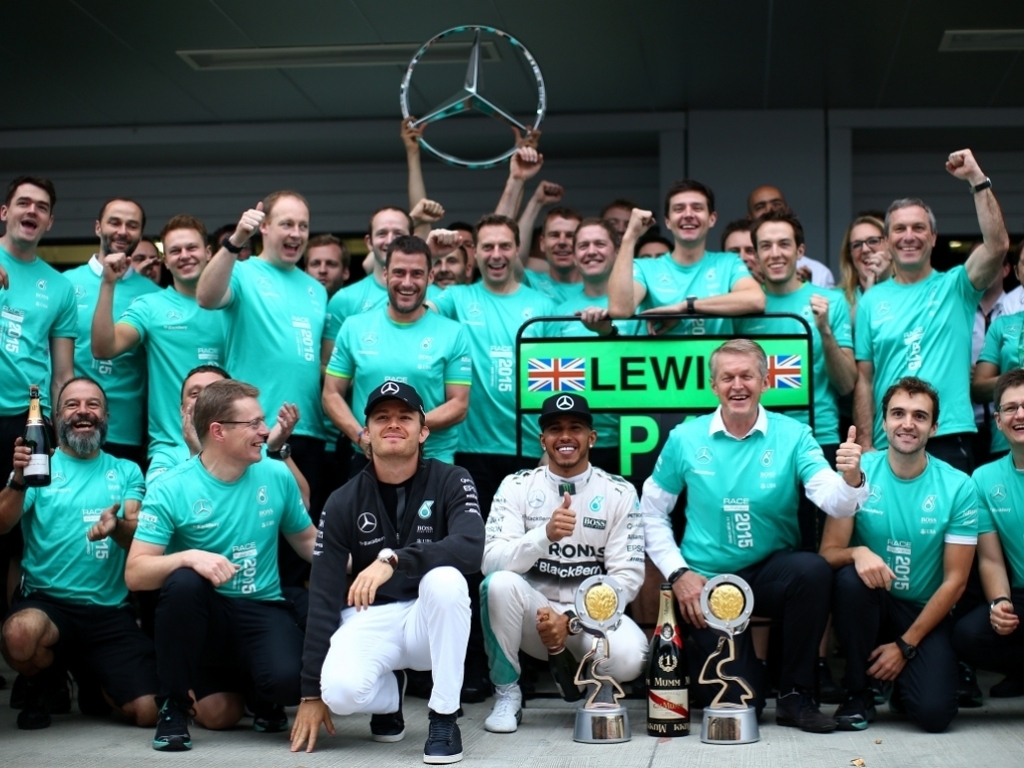 Mercedes secured the 2015 Constructors’ Championship in Sochi after all, as Kimi Raikkonen lost P5 following his collision with Valtteri Bottas on the final lap.

The defending Champions needed to outscore Ferrari by three points at the Russian GP to win back-to-back titles and, although Lewis Hamilton won the race, the Scuderia actually picked up more points than Merc.

Sebastian Vettel was second across the finish line with Raikkonen was fifth, but the stewards handed the Finn a post-race penalty after he drove into the Williams of Bottas while they were battling over P3.

Although Raikkonne felt it was a racing incident, stewards said he was responsible and added a 30s time penalty to his time, which saw him drop to eighth place.

It means Ferrari only score 22 points compared to Merc’s 25, giving the Brackley-based squad the three-point cushion they needed for their second Constructors’ title.

Meanwhile, Fernando Alonso has lost 10th place after he also received a post-race penalty for cutting the corner at Turn 16.

The McLaren driver was warned during the race and stewards decided to add five seconds to his finishing team, meaning he drops one place with Max Verstappen of Toro Rosso moving up to P10.