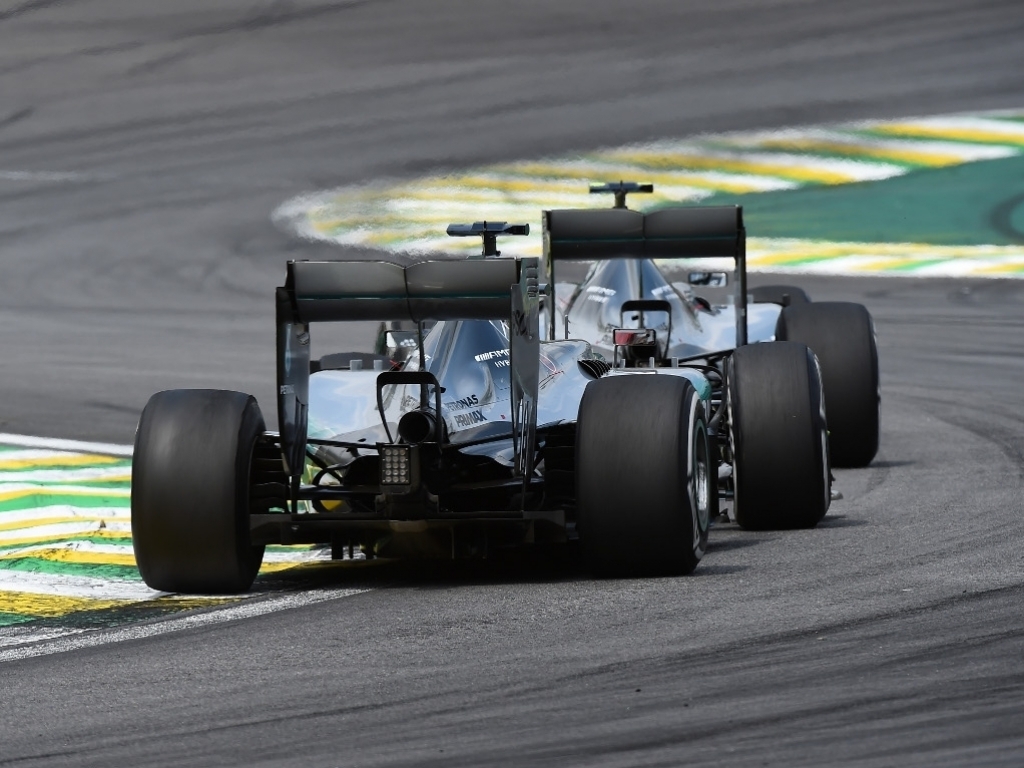 Mercedes will stick with what has worked best for them the past few years in terms of their strategies despite Lewis Hamilton's grumble during the Brazilian Grand Prix.

Nico Rosberg led home another Merc 1-2 at Interlagos on Sunday, but Hamilton admitted after the race that it was "relatively boring" to follow his team-mate for most of the race as "you just can’t overtake here".

Having been stuck behind Rosberg for so long, Hamilton asked his engineer during the race to get him onto a different strategy, but was told no and the triple World Champion again said in the post-race interview that he wants riskier strategies and is also not keen on saving tyres.

However, Mercedes motorsport boss Toto Wolff has made it clear that they won't change their approach.

"We have had our principles with one strategy since 2013 and it worked well for us," he said. "We will not change that.

"In the car you do not have the complete picture in the particular moment when his tyres were going off and it was changing into a three-stop.

"That strategy would have been 10 seconds down so would have risked P2 against Sebastian so therefore it was out of the question.

"The driver in the car being emotional is understandable. We hired guard dogs and we don't want to have any puppies – and we want them to be guard dogs. Sometimes it is a bit more intense but it is okay."

Mercedes also had to look over their shoulder during the race as Sebastian Vettel was not too far behind and would have pounced if one of the Mercedes drivers made a mistake.

When asked if they could change the policy in future, Wolff replied: "No. Because we are going to keep one strategist and if the driver in the car is going to lose every single race because that is not an instinct-driven decision.

"Your instinct might be right sometimes but if you are not having the full set of data you are going to get the majority of your races wrong so that is why we are going to keep it why it is."