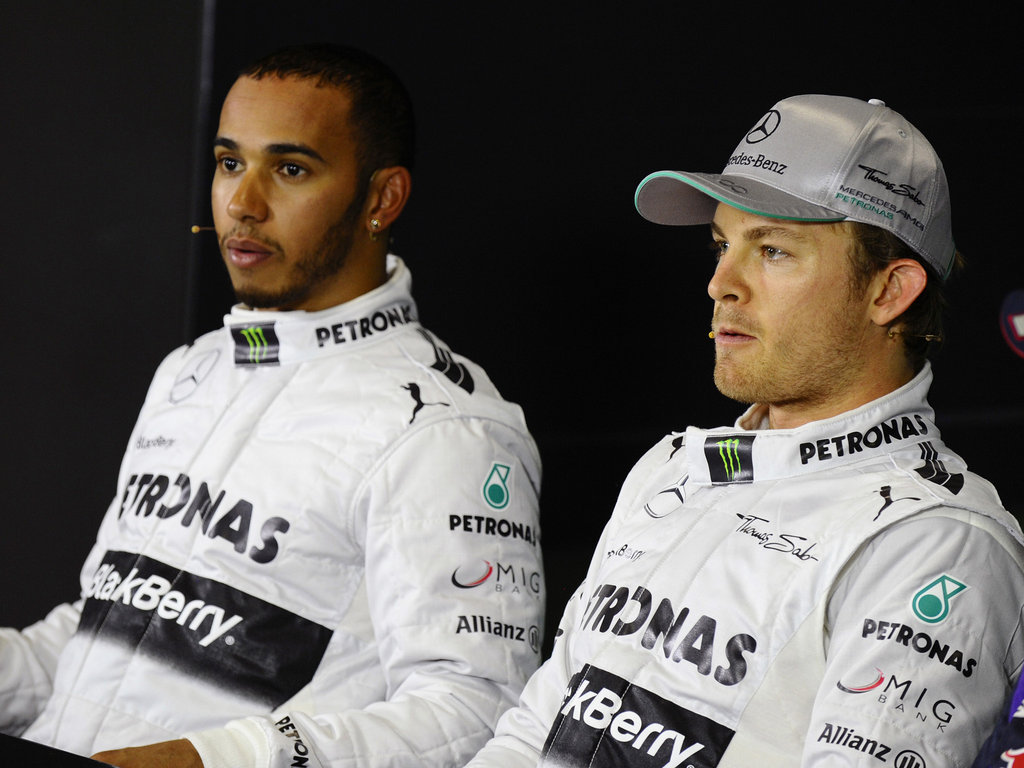 Mercedes pair Lewis Hamilton and Nico Rosberg believe they have little chance of winning at the Hungoring this weekend after Red Bull dominated Friday’s practice sessions in Hungary.

Sebastian Vettel ended both sessions at the top of the time sheets, with Mark Webber completing the one-two for the Constructor’s Champions.

Hamilton and Rosberg struggled for pace in both the short and long runs, with the W04 car struggling with the new Pirelli tyres in the blistering heat.

“We don’t seem to have the pace that we had at the last race,” Hamilton admitted to Sky Sports News.

Although Hamilton seemed similarly downbeat ahead of the British Grand Prix before going on to claim pole position, history is unlikely to repeat itself in Hungary, with even hotter conditions expected over the weekend.

“Fuel loads play a huge part and when we get to qualifying we are generally able to pull out a little bit more. I was told that on the same laps on the long runs that Mark Webber was eight-tenths faster at some stages, so that’s interesting.”

The Mercedes team arrived in Budapest on the back foot after missing three days’ worth of testing with the new Pirelli tyres and struggled particularly on the long runs on Friday, when the W04s suffered with acute graining.

“We’ve adapted our set-up a little bit, but [there is] still tyre degradation and rear degradation, so quite similar. It’s still going to be those teams which are quick in the heat who are going to be quick this weekend,” Rosberg noted.

“Red Bull look very, very quick here. They will be going for pole position, we don’t have the pace this weekend.”