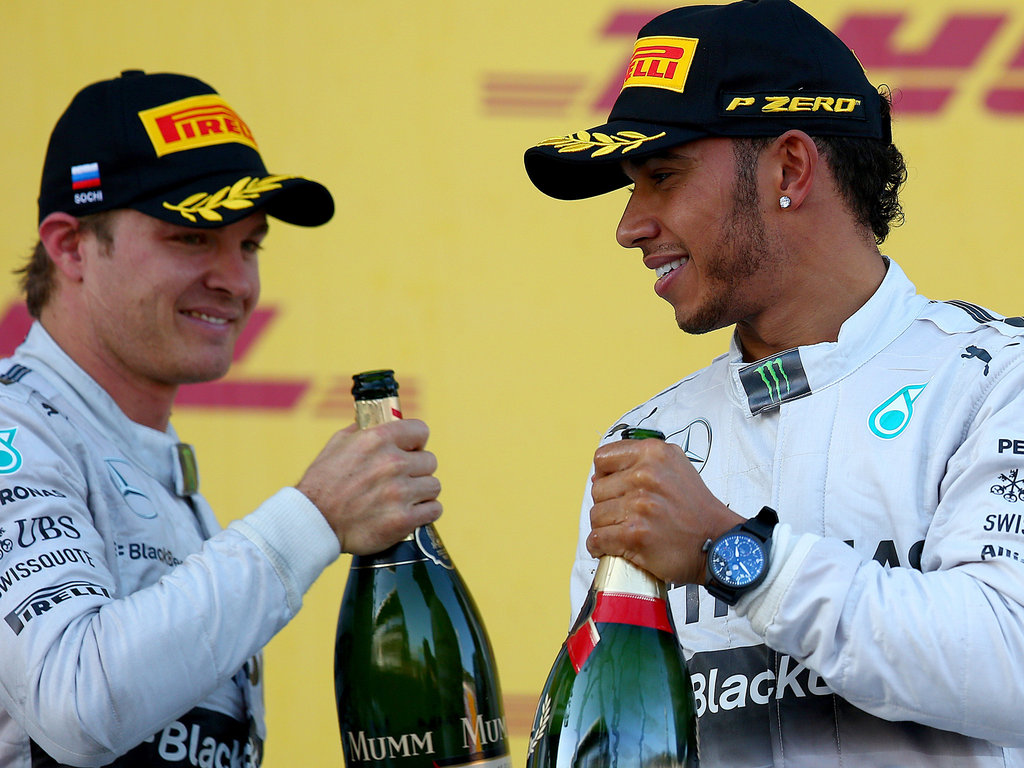 The next few weeks are likely to be anything but smooth at Mercedes as they not only build-up to the title decider, but also prepare for the aftermath…

The next few weeks are likely to be anything but smooth at Mercedes as they not only build-up to the title decider, but also prepare for the aftermath.

The 2014 Drivers’ Championship will be settled at the season finale in Abu Dhabi on November 23 and either Lewis Hamilton or Nico Rosberg will walk away with the crown.

It is advantage Hamilton as he has a 17-point lead in the standings, but he cannot afford to finish lower than second if Rosberg wins at the Yas Marina Circuit.

Mercedes motorsport head Toto Wolff warns that the Brackley-based squad team bosses will have their work cut out as they need to make sure their drivers continue to respect each other whatever the outcome at Abu Dhabi.

“It will not be smooth. We need to buckle up and I am very much looking forward to buckling up. The ride we’ve had this season so far every weekend was a challenge.”

He added: “The end of the season is not the end of the world. We will aim to provide the two of them with a car which is capable of winning more Championships.

“They still have many more years in their careers to score Championships.”

Although Hamilton has won 10 races this year compared to Rosberg’s five, the German could end up with the Championship due to the double-points rule, but Wolff says they hope the regulation will be scrapped after this season.

“Nobody likes double points. I don’t think Bernie (Ecclestone) likes it,” he said.

“We are going to discuss that next time around, so it’s probably something we should get rid of next season.”

Related link
Who needs what to win the title