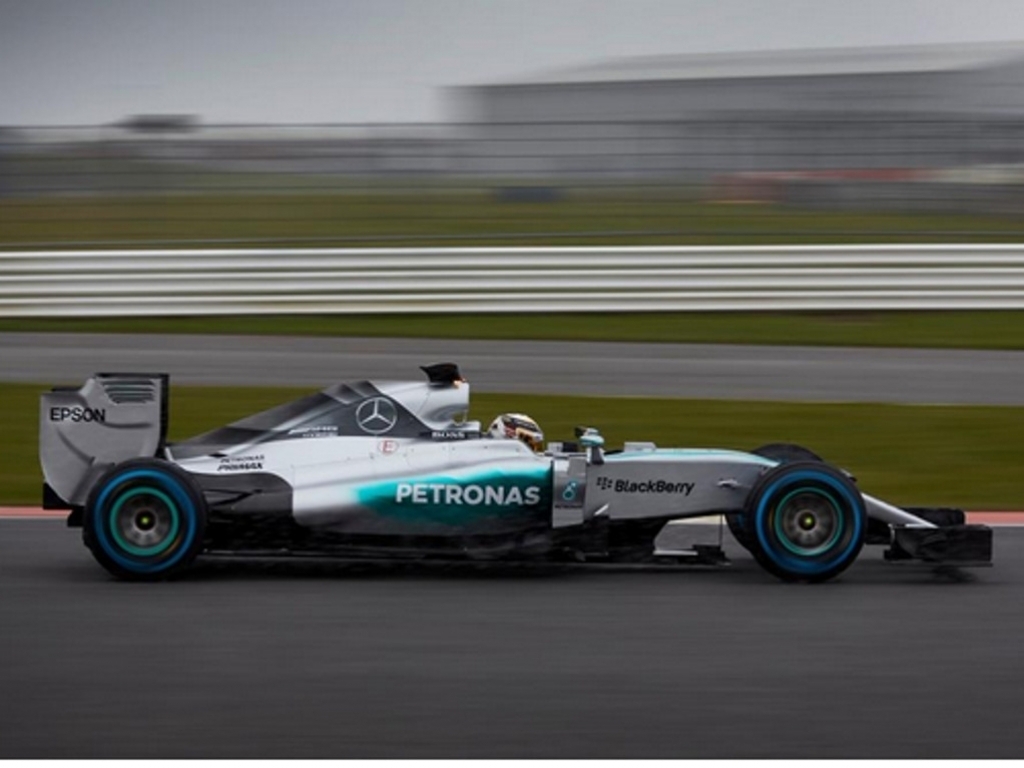 Mercedes released the first pictures of their new W06 after putting the car through a shakedown on Thursday.

Both Nico Rosberg and reigning World Champion Lewis Hamilton had a taste of the new car as they put in the laps at the Silverstone circuit.

Together the duo covered 18 laps before bad weather curtailed their running.

Rosberg tweeted: "Was so great to drive the new silver arrow for the first time today!"

Mercedes will officially launch the new W06 at Jerez on Sunday morning, moments ahead of the first day of pre-season testing.