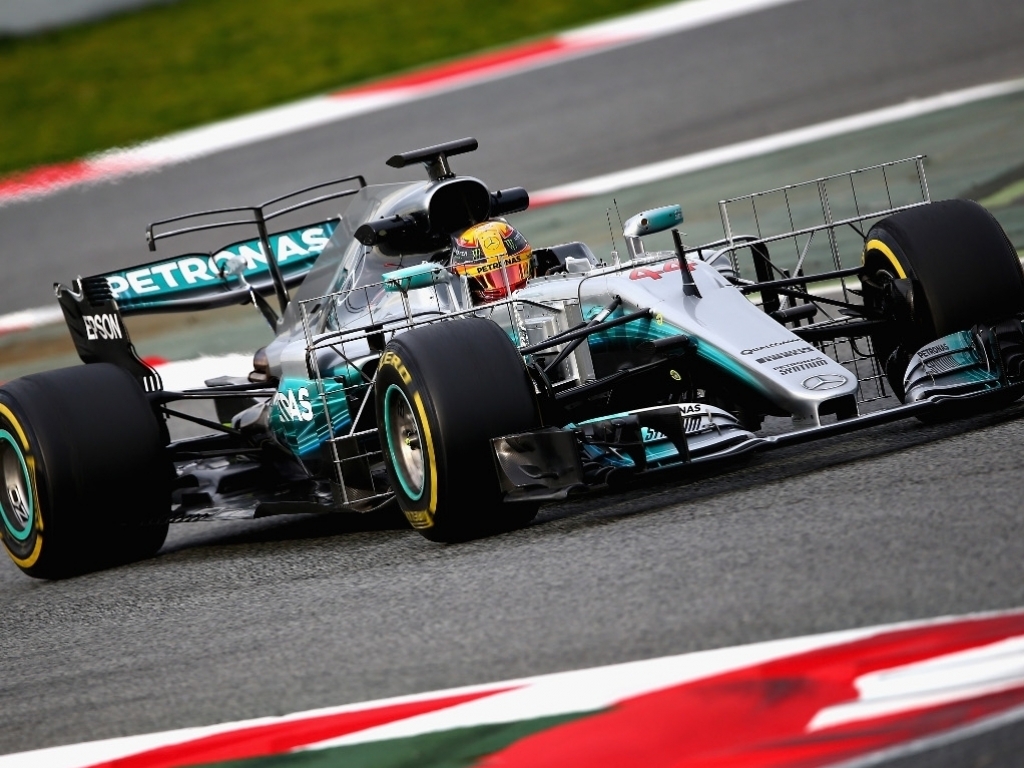 Mercedes have picked up where they left off from Day One of the first pre-season test in Barcelona, with Lewis Hamilton enjoying another solid stint.

The three-time World Champion topped the timesheets on Monday and continued to do so at the lunch break on Day Two after breaking the 1:21 barrier with a 1:20.983 on supersofts – nearly two seconds quicker than the fastest lap set in winter testing last year.

In fact, Hamilton's fastest time of 1:20.983 is the quickest lap around the Circuit de Catalunya since the final year of the V8 engine era in 2013.

Kimi Raikkonen, making his first appearance of the season, ended the morning session in P2 after a 47-lap stint which resulted in a best time of 1:22.831 set on the mediums.

Esteban Ocon rounded off the top three, but the Force India came to a stop toward the end of the season near Turn 10 which resulted in a red flag that saw the drivers straight through to the one-hour break before the afternoon session begins.

Max Verstappen was fourth in the standings after a low-key 29-lap run.

There was also more woe for McLaren following a turbalent first day. They have now been forced to change the new Honda engine after it lost all power and an investigation is now taking place to locate the exact problem.

Williams debutant Lance Stroll did set the very early pace, but spun out on Turn 9. The incident has ruled Williams out for the rest of the day as they need new parts to be delivered from the factory.

Sauber and Renault were also very restricted in the morning session due to ongoing troubles, with Jolyon Palmer only able to sneak in one installation lap before the session ended.