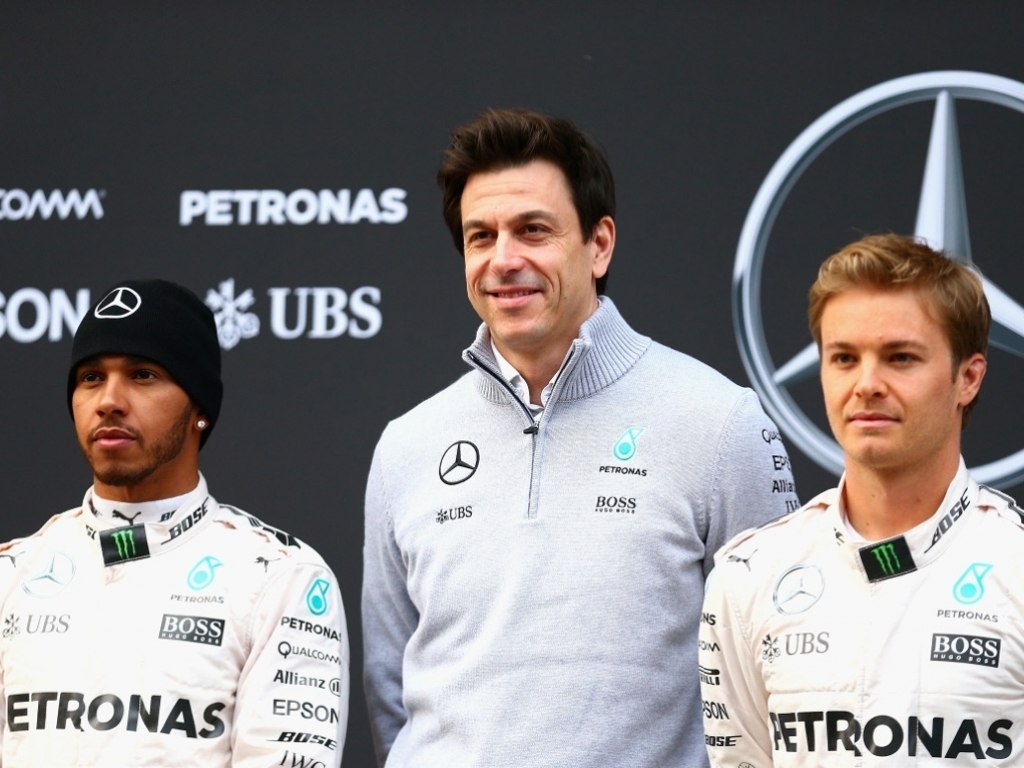 As Lewis Hamilton and Nico Rosberg gear up for yet another title tussle, Toto Wolff insists Mercedes "embrace" the challenge even though it is won't be easy.

For the past two seasons it has been Hamilton versus Rosberg for the World title with the Brit coming out tops on the both occasions.

There has been a lot of niggling and tension along the way as the two Mercedes drivers have battled hard – and blamed the other when things have not gone to plan.

But despite being forced to occasionally mediate in the matter, Mercedes motorsport director Wolff says he welcomes the prospect of another season of inter-team fighting.

"The battle between Lewis and Nico is both interesting and challenging for us", he said.

"If you put two competitive drivers in the same team and they have a shot at the Championship, it's never going to be an easy ride. Not only do we accept that, we embrace it."

"We also understand that it's important for the spectators to see top drivers given both the tools they need to succeed and the freedom to race. This is what we've done for the past two years and will continue to do this year."

Mercedes debuted their new car, the W07, at Barcelona on Monday, putting in the laps on the opening day of pre-season testing.

Hamilton was behind the wheel and covered 156 laps with a best time of 1:25.409, which put him second on the timesheets.

Wolff is hoping that this season Mercedes can build on the successes achieved over the course of the past two years.

The Austrian said: "After the success of the past two seasons, the obvious target is to build on what we have achieved so far – to continue to win races and championships.

"But you can never take anything for granted in this sport – or rely on past success. Right now, all points are reset to zero.

"But we can be certain that they will be stronger than ever, so we need to do the best job out there. In Melbourne, we will see. As they say, when the flag drops…

"We gained confidence after the first championship title in 2014 and therefore approached 2015 in a slightly different way. But our core philosophy remained the same and 2016 is no different.

"We are confident in our people – but we always take a ‘glass half empty’ approach. We remain humble, feet on the ground, pushing hard to develop everything from the cars to our wider capability as an organisation in the long term."