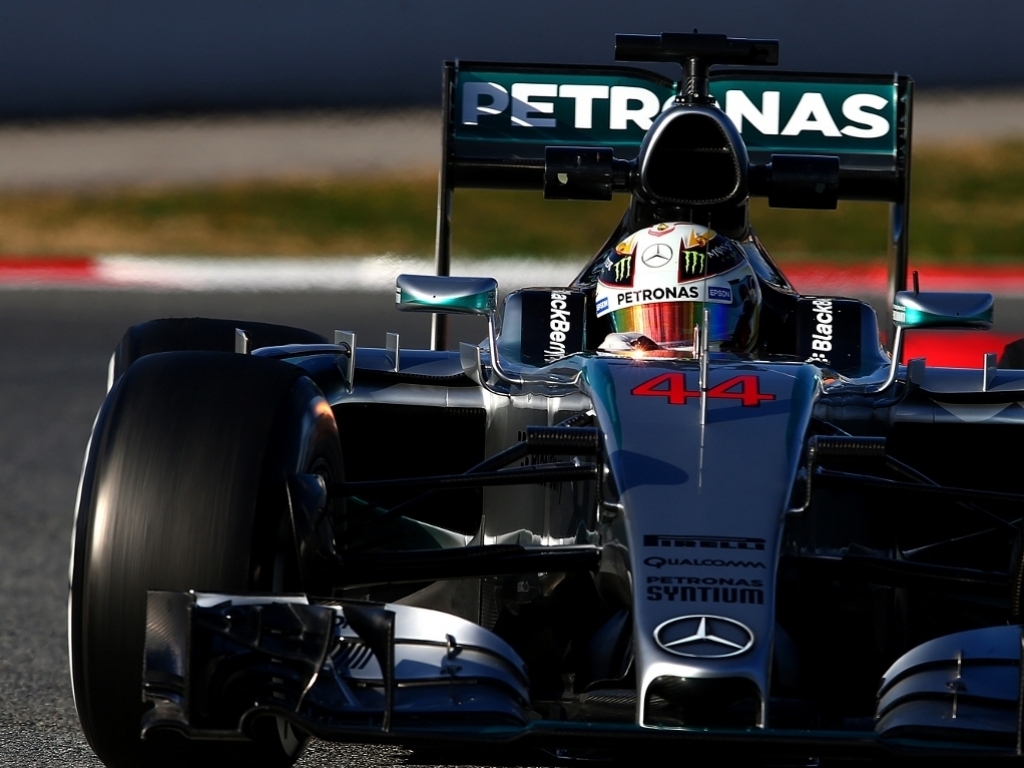 It wasn't quite as impressive as Nico Rosberg's day two effort, but Mercedes once again flexed their muscles on Saturday with Lewis Hamilton topping the timesheets.

Rosberg's first timed lap of 1:22.792 on the soft tyres was more than a second faster than the rest of the pack on Friday and, although Hamilton wasn't quite able to match that, he still claimed P1 on the penultimate day of testing in Barcelona.

Hamilton's time of 1:23.022 was "only" 0.240s quicker than that of the second-placed Felipe Massa in the Williams, but Mercedes will no doubt be happy with the effort as they spent most of the afternoon session in the garage working on their set-up without giving more detail.

Having been sixth fastest and more than two seconds off Massa's early morning pace, Hamilton used the fresh soft tyres to nudge the Brazilian into second place with Kimi Raikkonen staying third with his early morning effort of 1:23.276.

Very few drivers improved on their morning efforts as they mostly focused on race simulation and longer stints in the afternoon.

Carlos Sainz Jr in the Toro Rosso and Lotus' Romain Grosjean, who produced a 1:24.200 after being ninth fastest in the morning, completed the top five with Marcus Ericsson, Nico Hulkenberg, Kevin Magnusen and Daniel Ricciardo rounding out the line-up.

For Hulkenberg it was a productive day as the new VJM08 covered an incredible 157 laps, which is good news for everyone at Force India after the new car missed the first two tests.

Next best in terms of laps was Raikkonen with the Ferrari driver clocking 136, Sainz JR 132 and Ricciardo 128.

McLaren's indifferent pre-season continued as the Woking squad were once again forced to halt proceedings early with Magnussen able to do just one lap after lunch due to an oil leak.

There were only two red flags, both inside the final 15 minutes, but there didn't appear to be too much wrong with Ericsson's C34 or the STR10 of Sainz Jr.