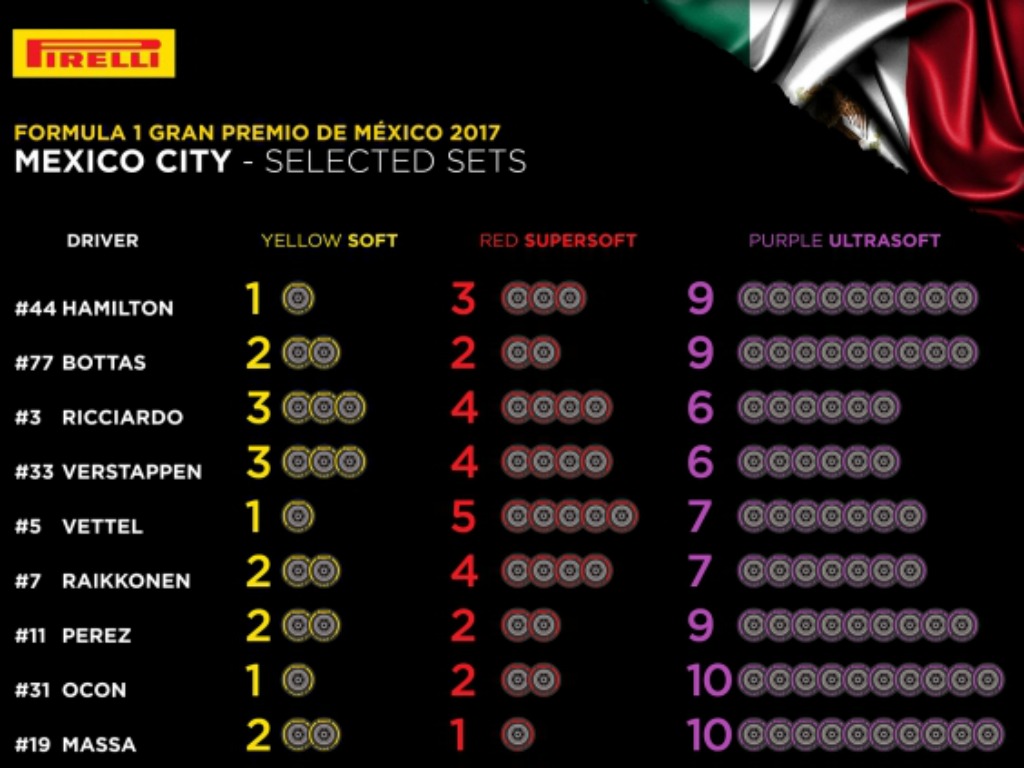 The tyre choices for the Mexico Grand Prix have revealed a very aggressive strategy from Mercedes compared to their rivals Ferrari and Red Bull.

Both Lewis Hamilton and Valtteri Bottas both have nine sets of the fastest ultrasoft tyre available to them, while Ferrari and Red Bull have opted for seven and six sets respectively.

Red Bull’s strategy, in fact, is the most conservative on the grid, with plenty of other teams – like McLaren, Renault and Williams – all selecting 10 sets of the purple-striped tyre.