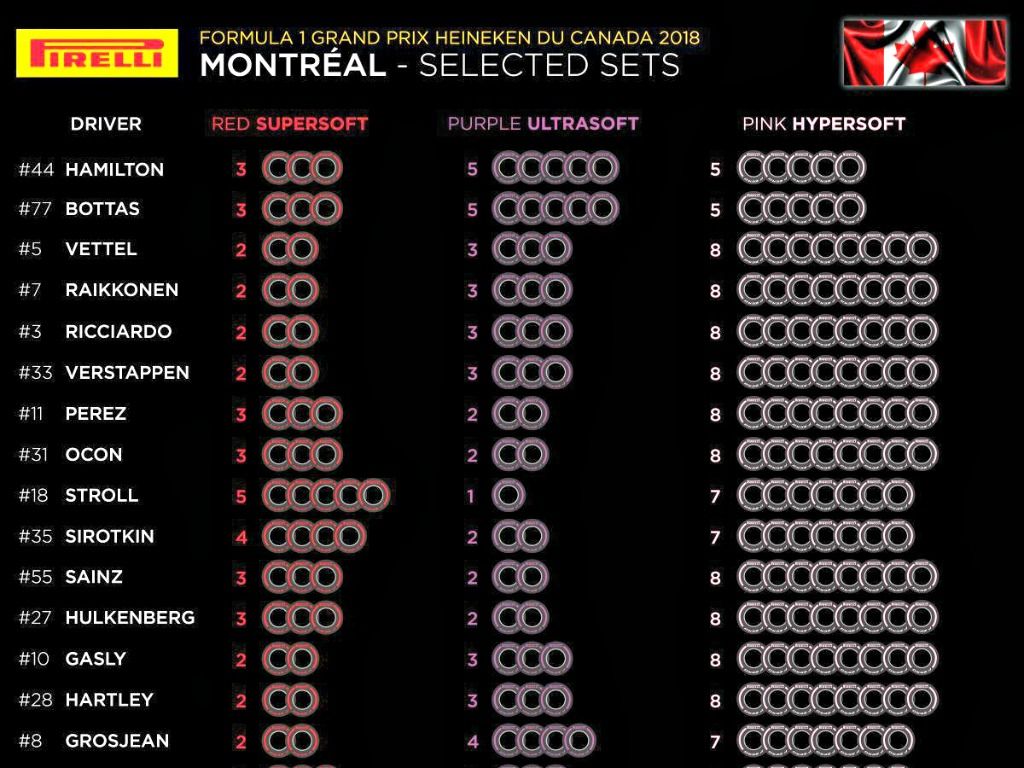 Mercedes will be taking three fewer sets of hypersoft tyres than their title challengers Ferrari and Red Bull to Montreal.

The hypersoft tyre made its debut in the Principality at the weekend, with Mercedes not warming to the tyre as well as Red Bull and Ferrari.

The Championship leaders have gone conservative for the first race in North America in 2018, with Valtteri Bottas believing that their car does not operate at the same level with the softest compound on.

“I think other teams could operate the hyper better than us in the long runs,” Bottas said.

The Silver Arrows will take five sets of the new pink-striped tyre to Montreal, while Red Bull and Mercedes will both take eight sets of the hypers.

Lewis Hamilton and Valtteri Bottas will have more of the ultrasofts and supersofts at their disposal for the Canadian Grand Prix, taking five and three sets, to Ferrari and Red Bull’s three and two, respectively.

The other main talking point is Williams’ decision to only take one set of the ultrasofts for Lance Stroll.

The Canadian will take five sets of the hardest compound available, the supersofts, while having seven sets of the hyper at his home grand prix.

The hypers will make their second appearance of the season in Montreal in two weeks’ time.

We haven’t even unpacked from the #MonacoGP and it’s already time to pack our bags for Montreal! Here are the #Fit4F1 sets we're bringing with us to the #CanadianGP! More on: https://t.co/yJxO8NgkiY pic.twitter.com/UAnndJhxss